Senior level representatives from 18 countries, multilateral and pan-African organizations, including business leaders and academic experts met in Washington, D.C. from 11 to 12 August 2022 for a high-level meeting on “Strengthening the Role of African Sovereign Wealth Funds in the International Financial System: Interplay between Policy, Governance, and Sustainability.”

Participants included sovereign wealth fund (SWF) CEOs as well as deputy ministers, US officials, private sector leaders, and representatives from US and international financial, development, and academic institutions and initiatives—such as Power Africa, the African Union, the African Development Bank, Africa50, the United Nations Development Programme, the International Monetary Fund, the World Bank, the Organization for Economic Co-operation and Development, the US International Development Finance Agency, the Ohio State University, IE University, and the Wilson Center.

This meeting, held under the banner of the Wilson Center’s Brown Capital Management Africa Forum sponsored by Brown Capital Management, LLC, marked the Africa Forum’s third in its series on African Sovereign Wealth Funds building on the successful dialogue at the 2016 signature event "Long-Term Sustainable Development in Africa: the Role of Sovereign Wealth Funds" which was hosted in Washington, D.C. and the high-level meeting, "Sovereign Wealth Funds in Africa: Policies and Best Practices for Securing the Future", which was co-hosted by the Bank of Botswana in Gaborone, Botswana in 2019.

Following a visit to the National Museum of African American History and Culture (NMAAHC) and the closing ceremony at the Woodrow Wilson International Center for Scholars, the meeting concluded with an official dinner attended by delegates and Brown Capital Management leadership as well as members of the African Diplomatic Corps, Wilson Center leadership, and members of the Africa Program Advisory Council.

This was a closed, invitation-only meeting. The Opening and Closing Ceremonies aired via webcast.

Sovereign wealth funds (SWFs) are government-owned investment funds that serve as key tools for stabilizing economies, promoting development, and saving and transferring wealth to future generations. At least 22 African countries have sovereign wealth funds, and several more are considering or in the process of establishing one. As SWFs gain momentum on the continent, they can play an important role in aiding the continent’s post-COVID-19 economic recovery, stabilization, and development.

This third meeting of the Brown Capital Management Africa Forum aimed to:

The two days provided for robust and in-depth discussions related to the key issues facing African sovereign wealth funds. In particular, discussions focused on key issues related to the changing socioeconomic impacts of SWFs in the Covid-19-era; investing for impact and lessons from other sectors; facilitating the next wave of African SWFs; enhancing strategic partnerships among African SWFs and international partners; and engaging multilateral organizations and strengthening Africa’s role in the international financial system. The meeting also included discussion of avenues for partnership with the US Government.

Some of the discussion outcomes included the recognition of African SWFs as: investment catalysts and conduits; diverse in mandates and modalities; largely nascent but increasingly impactful and profitable; useful for closing strategic investment gaps across the continent; revolutionizing development finance and green finance in Africa.

Most importantly, key themes emerged around strengthening policy, governance, sustainability, and partnerships related to African SWFs and delegates discussed and proposed practical recommendations related to these key themes. Furthermore, delegates had the opportunity to connect and strengthen existing relationships among the African SWF community. Several delegates called for the continuation of this dialogue as a regular platform for discussion and networking focused exclusively on African sovereign wealth funds.

The Wilson Center is currently drafting a substantive summary of the meeting, including key outcomes, recommendations, and options for the way forward. This document, alongside a fuller set of photos from the meeting with be shared all delegates and will be accessible on the Africa Program webpage in October 2022.

This was a closed, invitation-only meeting with an online webcast for the opening and closing sessions and keynote address.

Follow @AfricaUpClose for event highlights and join the conversation using the hashtag #SWFsinAfrica and #SovereignWealthFunds. 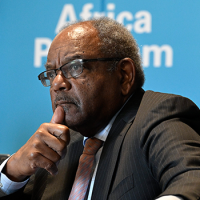 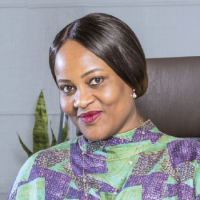 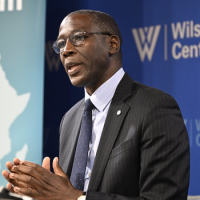 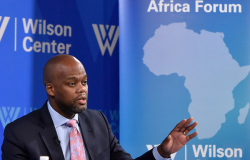 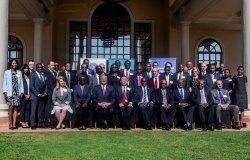