The COVID-19 pandemic, climate change, trade disputes, and increased great-power competition highlight risks specific to the supply chains of products crucial to national security, environmental sustainability, and economic prosperity. Rather than jumping from one crisis to the next, the United States must work with its international partners to mitigate critical supply chain vulnerabilities through cohesive, sustained action.

“No longer does it make sense to focus solely on the bottom line and to manufacture goods overseas just because it’s cheaper. People can’t buy what can’t be delivered. Policymakers care about the health and interests of private enterprise to be sure. But of course, COVID pressures on supply chains are also affecting the flow of strategic priority goods as well.”

“I applaud the Biden administration’s steps in the area of vaccine diplomacy. The development of life-saving vaccines in record time was a great American success story and President Trump is rightly proud of the accomplishment. Sharing in this success, in helping countries shore up their health care systems, will remind the world that our strength isn’t merely derived from hard power, but also from the genius of private enterprise and market economies.”

“The line between military alliances and trading partnerships is disappearing as the pandemic persists. The U.S. needs trading partners committed to our collective security as well, not just commercial opportunity.”

“It’s not always remarked on but we approached our Free Trade Agreements in North America using a role-of-origin based system and that put an emphasis on understanding the provenance of each piece of the supply chain. Now, the Canada-U.S. Free Trade Agreement started that, the rules-of-origin modified for NAFTA, it was retained in USMCA—this gives us already a forward-thinking posture when it comes to the content of what we produce.”

"At a time when supply chains connected to China are often quite opaque, North America is a leader in creating some of this visibility which I think is very important. It’s also necessary because as we decouple from the Chinese economy, as we start being more careful to look for sources of supply that aren’t tainted or are inconsistent with our values, agility and resilience is really important."

“In the USMCA, negotiators did something very important which is they said that publicly collected data—with respect for privacy of course—should be made available to the private sector and I think as governments we’ve never really mined the data that we have—there’s a real potential to let the private sector begin mapping supply chains using data that’s collected by DHS, by customs…the data exists”

“One area where there may be some bipartisan cooperation, or where I think you would see Republican congressional support for something the Biden administration is pushing is in funding the Chips Act, which has already authorized an investment—a domestic investment—in semiconductor research and development and reportedly could be part of a package that Senator Schumer is working through the Senate.”

“Chairman Xi not only views this as a legacy issue, but the ability to hold the whole world hostage by having effective control of TSMC is a very alluring prospect amid public testimony by Admiral Davidson our top ranking official […] that a move on Taiwan could come within the next six years which to my knowledge is the first time something like that has been said publicly, which is alarming.”

“Power and money tends to be concentrated in about five companies, the five defense primes and it should not surprise anyone that it’s hard to get commercial, off-the-shelf technology adopted very quickly but that’s a reflection of the second problem DOD has where we tend to sprinkle new money out for innovative projects very thinly along a bunch of different investments when DOD probably needs to start making bigger investments on a smaller number of up-and-coming companies that hopefully one day will emerge as defense primes that can compete with legacy industries.”

“We talk a great deal about data being the new oil, but it’s actually in many respects semiconductors that really are keeping the world running and the reality is that we’ll need far more powerful and sophisticated semi-conductors and it’s actually at a very precarious stage where the demand is surging and yet the supply is really not really keeping up and is also skewed geographically as well.”

“The United States remains the world leader—for now—in designing chips but when it comes to actual production, East Asia dominates in fabs and there are three places in particular that are at the forefront and they are Taiwan, the Republic of Korea, and China. And there are high risks in depending so heavily on East Asian manufacturers even if they’re close U.S. allies.”

“The United States is certainly not alone in meeting this challenge, other governments are also finding similar difficulties in securing semiconductors. Earlier this year we saw that the European Union announced that it aims to produce up to 20% of chips within the EU by 2030 and cynics—especially in the United States—argue that’s much easier said than done […] what is clear is that Europe too is hedging both against depending too heavily on chips made in Asia and also against chips that are solely designed in the United States.” 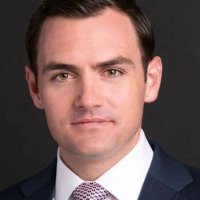