Brazil, No Longer the Country of Impunity? The Lessons of Operation Car Wash

The live webcast will begin on this webpage at 9:00am EST. To submit questions to the panel, email Brazil@wilsoncenter.org.

Institutional Contributors to the Report:

The anti-corruption investigations collectively known as Operation Car Wash were groundbreaking—unprecedented in Brazil in their scale and scope. Since 2014, investigators have uncovered billions of dollars illicitly siphoned off for corrupt purposes, including the massive kickback scheme centered on state-owned oil giant Petrobras. The judicial system’s willingness to go after formerly untouchable political and business elites seemed to indicate that impunity might be at an end. Yet over the years, the operation became increasingly politicized; and some of the measures employed—including pretrial detention and plea bargains—were controversial. As popular and political support waned, Operation Car Wash was first reduced, and then shut down barely one month ago. Six-and-a-half years after the first arrests, what was the impact of Lava Jato on corruption and impunity in Brazil? And how has the judicial system adapted in response?

Join the Brazil Institute on November 24, 2020, at 9:00am EST for a conversation with the authors of a forthcoming report on the lessons of Lava Jato and its impact on corruption in Brazil, edited by BI Global Fellow Fábio Bechara in collaboration with three leading Brazilian universities: the Fundação Getulio Vargas, Mackenzie Presbyterian University, and the University of São Paulo.

“The damage imposed on Brazil by the systemic corruption implemented by acting political forces in the last two decades is of an amazing scale when compared to any other country in the world.”

“Petty corruption describes the ordinary corruption that takes place when officials meet [with the] public. On the other hand, systemic corruption may be described as a situation in which key institutions and process of the state are consistently dominated and used by corrupted individuals and groups. In this regard, systemic corruption should be viewed as involving practices which are permanent, centralized, and widespread in government activities. A network of corrupt persons acting together and performing different roles follows a common set of norms and rules, normally in a formal scheme. In this sense, systemic corruption is much more than individual behavior.”

“In general, Operation Car Wash might be viewed as a method of uncovering these crimes committed by individuals, public officials, politicians, and private organizations against the Brazil public office and submit these offenders to the penalties established by the law.”

“[This] undeniable criminal scheme led by the federal government was not only for at least enrichment, but especially to gain elections and to achieve governability based on corrupted practices with the consequences of the criminal[s’] perpetuation in power.”

“In the periods of 2014 and 2017, impairment expenses reached the astronomical peak of 36 billion dollars. For example, only in two Petrobras refineries—Abreu e Lima in the northeast of the country and Comperj in the southeast of the country—the effects of the impairments in the year of 2014 was of roughly 12 billion dollars. This was more than five times the amount recognized as corruption in the same year.”

“It’s important to remember also that there are a lot of different initiatives led not only by federal state and local institutions, but also from the civil society asking for more transparency, asking for more control, [and] asking for more accountability over public procurements, public servants, and political campaigns.”

“A second important legacy that should be emphasized is the culture of integrity that we are watching within Brazilian companies. There is a very concrete concern within Brazilian companies [regarding] implementing compliance programs […] One aspect that fosters this culture of integrity, in my opinion, is that the risk of criminal responsibility for the board of the company finally is real.”

“Political campaign financing has changed from private funding to public funding and I think it’s very early to [know whether] this change was good. I’m not convinced that it was really good. Why? Because the Car Wash Operation revealed a shadow, parallel financial system created to fund the relationship between politicians, entrepreneurs, and public servants.”

“The role that international legal cooperation procedures and treaties played in the Car Wash Operation—the effectiveness and the agility of sharing information, of sharing evidence and freezing assets—this played a very important role. [… However] the protection of collaborators overseas is still a problem.”

“There is no doubt that Lava Jato (Car Wash) symbolizes a very important chapter in the Brazilian history of fighting corruption. But I think it cannot be interpreted as an isolated initiative.” 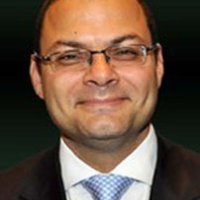 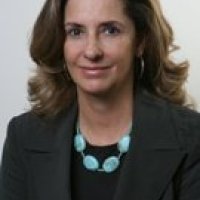 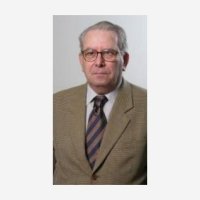