Skip to main content
Support
Explore More
Close
Event
Rule of Law
The Role of Plea Bargains in the Fight Against Corruption: A Presentation by Brazil’s Attorney General, Rodrigo Janot
On July 17, 2017 at 9:00 – 10:30
Share on FacebookShare on TwitterShare via Email
Share
Part of the Democracy and the Rule of Law
Event

Checks and Balances and the Rule of Law in Brazil: A Presentation by Minister of Justice and Public Security Torquato Jardim

Checks and Balances and the Rule of Law in Brazil: A Presentation by Minister of Justice and Public Security Torquato Jardim

A foundational idea of democracy in the United States, the concept of “checks and balances,” is at the center of the separation of powers among the three traditional branches of government: the executive, legislature, and judiciary.  Yet the Brazilian Constitution of 1988 created what is essentially an independent fourth branch: the Federal Public Ministry, which stands apart from the Ministry of Justice. Unlike in the United States, the Brazilian Attorney General — who heads the Federal Public Ministry — does not defend the government, but rather, is responsible for the prosecution of federal crimes.

The Federal Public Ministry has accumulated power and preeminence over the past three decades, particularly in the investigation of cases of alleged corruption involving elected officials and business executives.

On July 19, Brazilian Minister of Justice and Public Security Torquato Jardim discussed the current challenges facing the country.  A professor of constitutional law at the University of Brasília, Minister Jardim holds advanced degrees from Georgetown and Michigan Law Schools.  He has extensive experience as both a lawyer in private practice and in official roles.  Prior to his current position, Minister Jardim was a judge on the Superior Electoral Tribunal from 1988 to 1996, and more recently, minister of transparency and comptroller general of the Union. He has represented Brazil at the United Nations Committee on Transnational Corporations.

This lecture is part of the Brazil Institute’s Rule of Law Series, co-sponsored by the American University Washington College of Law.

“The tendency of our Constitution, the tendency of statutory law in Brazil and legal culture in general…is... concentration of power in the executive branches: the president, the governors, and the mayors.”

“Many people criticize former President Rousseff for not putting forward her famous PAC program to expand the economy, but few people take notice that 50 of the major construction [projects] initiated by the government were suspended by the TCU [Federal Court of Accounts].”

“Consensus-building is so rare in our political life. [We] have a president who has spent more than 20 years in Congress and has presided over Congress three times… The executive will continue to function well, in spite of the critics in the opposition, because it is consensus-building all the time.”

“I am not the counsel for the president in court.”

“As for Lava Jato… it is a gain for our society, it is unstoppable. Whatever needs to be done will have to be done, under the Constitution, under the laws… [We] are deeply committed to taking it to the end." 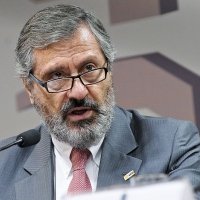 Minister of Justice and Public Security of Brazil 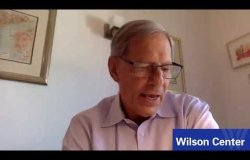 Video
History
A World Divided: The Global Struggle for Human Rights in the Age of Nation-States