Center for European Policy Analysis (CEPA) and the Levada Center

As Russian society becomes more modernized, the generational divide between the regime's policies and the expectations and attitudes of young people has widened. In recent years, younger Russians have become more critical of the Putin regime. This generation is also more pro-Western and more likely to support minority rights, and more actively engaged on the internet and social media. Denis Volkov, Stepan Goncharov, Maria Snegovaya, and Jill Dougherty discussed a recent CEPA-Levada Center study of this younger generation of Russians and their propensity toward civic engagement and political openness.

Denis Volkov
“This attractiveness of the West is more about culture, more about wealth, and not necessarily about politics, and we saw that in 2014, the younger generation was very negative towards the West and western attitudes towards Russia, which many thought of as unfair. So still when high politics are involved, the Russian government still has to influence the younger generation because of its nationalism that works.”

“What I think is more important and encouraging is that these young people are more resourceful at least and in some senses, for sure in information, they are less dependent on the State so they can make their own mind on many issues, so it does not guarantee democracy but still it guarantees in some sense a more diverse society and this provides some hope for modernization in Russia.”

Maria Snegovaya
“Younger people tend to really differ from the older age cohorts and to be more modernized on different levels of different indicators. Unfortunately, it's important to keep in mind that this age group is very small. It's really a smaller share of the Russian society that, as of 2019, only constitutes 16.5% of the population, so despite the fact that this age group actually is different from the rest of society, it's not clear to what extent, given its slower share, it will implement a fundamental change in the near future.”

“I wanted to highlight that the fact that people on the internet [being] fundamentally different from those who are not on the internet is not just the feature of the younger generation groups. This is the trend that's pronounced in all age cohorts, so even if you take a 90-year-old grandmother, if she's on the internet she's likely to hold much more opposition leaning views, and to be more dissatisfied with the way things are in the country.”

Jill Dougherty
"As the protests continued over the past number of years, I would go, again for CNN, onto the streets and I ended up talking to a lot of seventeen year olds and I kept thinking, they are so different from the young people that certainly I knew in the Soviet Union and even in the early part of modern Russia so I was very intrigued. [...] There was a lack of specificity about the demands by the young people. They wanted more respect, they wanted self-realization, they certainly wanted less corruption, and that's pretty specific, but they also wanted more opportunity. But when you drill down and find what exactly is that, what does respect mean, what does opportunity mean, that's when you get into some interesting questions. They are civically engaged, as Maria has been talking about, but is this a sign of a nascent political movement? I don't think so, yet and I don't know where this is going exactly."

"There are people all over Russia who are involved in local, grassroots civic engagement. I do think precisely because it's more organic, less organized, that the Kremlin will have a harder time controlling it because it is not centrally controlled and that can be a great advantage. I do believe that it is the expression of civic society and civil society that really is the basis of democracy in the West as I see it, individuals coming together for common purpose. I do believe it raises the question of whether the West should really just kind of let Russia be Russia and let Russians do their own democracy or whether the West continues to think that it has to encourage democracy." 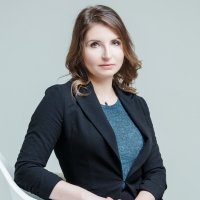 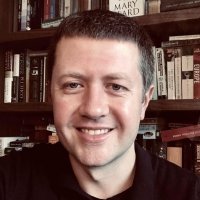 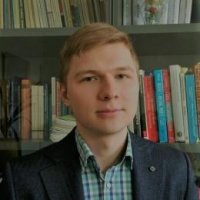 Sociologist at the Levada Center 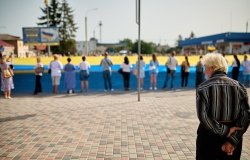