A panel of Wilson Center scholars will debate the extent to which the liberal world order designed at the end of World War II has become outdated. The challenges posed by rising powers, alternative governance institutions, and non-state actors will be discussed, as well as proposals to update the institutions that have preserved that world order.

A panel of Wilson Center scholars will debate the extent to which the liberal world order designed at the end of World War II has become outdated. The challenges posed by rising powers, alternative governance institutions, and non-state actors will be discussed, as well as proposals to update the institutions that have preserved that world order. Does the ‘liberal’ characterization reflect today's realities? Should states accept negotiating frameworks with jihadis? What role should the U.S. play? Join us as experts with distinct perspectives analyze these challenges and propose realistic solutions. Selected Quotes Stephen Kaplan

“I think China is a proponent of a liberal economic order. In terms of how they engage the international community, they do it based upon a principle of nonintervention, emphasizing sovereignty, essentially engaging in economics and commerce, and circumventing a lot of the political questions by a focus on sovereignty and nonintervention.”

“Typically, when we think of global interdependence, when we think of the liberal order, the kind of things people point to are economics, institutions, and democracy-promotion. Clearly, with the policy of nonintervention, China doesn’t want to engage on this issue of democracy-promotion. They don’t want to be seen advocating for intervention abroad because they don’t want anyone intervening in their country. I think that is shared with a lot of developing countries, given the history of the world.”

“I would agree about the malleability of the liberal order over time and the idea that this really might just be an American construct to some extent… It does raise the question of [whether] it is sufficient to have a system that would be based upon global economics and maybe a commitment to sovereignty. Is what developing countries and rising powers are proffering – is that sufficient if what we’ve seen to date is an American-led liberal order?”

“No matter what type of new world order ultimately emerges, whether liberal or illiberal, India will want to play a prominent role in it. I think it’s pretty simple: India is a rising power who wants to be seen as a rising power, and so it will want a seat at the global high table, regardless of this table structure and its seating arrangement. It won’t take much for India to accept an alternative world order, because it will want to be all-in.”

“I think if there’s one safe prediction we can make about the changing world order, and there are very few safe prediction these days – things are changing so quickly – is there will be levels of multilateralism. And that serves India well. India benefits from a world that features multilateral platforms like BRICS and more recently AIIB. These are things that can empower rising powers like India and give them more say.”

“Russia doesn’t necessarily accept a liberal world order, but it’s quite willing to have a world order as long as Russia has a prominent seat at the table and is involved in the discussion of that world order… It is far more concerned with notions of unity and order within its country than it is with democracy.”

“No matter what cost, Russia does not abandon its allies. On a broader level, it reasserts the notion that Russia does not support any revolution, no matter what its color, that Russia is much more of a status quo international player still than it is a disrupter… That Russia, in many ways, and Vladimir Putin, specifically, doesn’t like any sort of violation of established order."

“In the last month, we’ve now engaged in various trade actions involving solar panels. There is now this threat against the steel industry. We may be saying things that are a little bit nicer, but if, indeed, all these actions take place – and [there will] invariably will be retaliations as a result of these actions – our global leadership in the economic sphere, I think, will be significantly diminished.”

“I think that the [jihadist] purpose is to disrupt the order, particularly the order at the local and national level. In terms of formal jihadist ideology, they reject things like constitution, parliament, democracy – all things they regard not just as un-Islamic, but as anti-Islamic, in a sense.”

“I think one of the biggest challenges to the liberal world order arising from jihadism has to do not just with jihadis, but in the reaction to jihadism and the dialectics that take hold, whether it be between the United States and jihadi groups or national governments in other parts of the world.”

“The idea of liberalism is kind of like the idea of modernity... You can’t really pin it down. Obviously, there’s this core idea of political and economic liberalism, some things having to do with the freedom of the individual. But which individuals are enfranchised by that has also changed dramatically over time. Some of the things we now treat as pillars of the liberal order or of liberalism, like equality of the sexes or the social enfranchisement of gays and lesbians and transgender people... are fairly recent decisions that have been taken by society, in the West, mostly.” 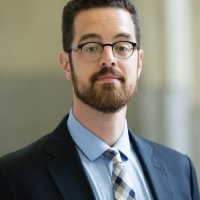 Former Fellow;
Assistant Professor of Political Science at the University of Cincinnati 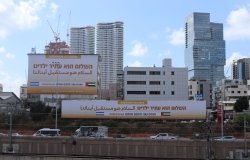