Corporate Governance Reform in Ukraine: The Case of Naftogaz

On April 28, the government of Ukraine announced the dismissal of Naftogaz CEO Andrii Kobolev and the appointment of Yurii Vitrenko as a replacement. These actions came as a surprise to many and have raised concerns about Ukraine’s progress toward reforms among its Western partners, including the United States. In this panel, experts discussed whether these actions may undermine Ukraine’s corporate governance reform efforts or if they may lead to improved efficiency in how the country’s state-owned companies are operated.

Pavlo Klimkin
"I believe what happened basically represents three types of different breaches. One fundamental breach, and the first one, is about the breach of our corporate governance. And we started this whole corporate governance reform from this breach years ago and it was muddling through. There were a lot of difficulties because the fundamental point about that is there is no culture of corporate governance in Ukraine. It’s about political influence, or rather, I should say, about political influence where we see how state-run enterprises in Ukraine are being managed."

"I would not say that [Naftogaz] is the best possible example of corporate governance. And if you see the results, it’s mixed, it’s really mixed. But given the Ukrainian perspective and the Ukrainian realities, it was one of the examples of how corporate governance should at least be a starting point for state-run enterprises. And there were clearly a number of achievements, both economic ones… and also legal ones."

Nataliya Katser-Buchkovska
"The first challenge that Ukraine is facing is, of course, that we should continue our gas market reform. We also need to increase our gas production, as it is falling now, and increase Ukrainian interconnectivity with neighboring states, because the interconnectivity of our gas market means security, as we need to diversify our flows and sources of natural gas… The key task is first of all to attract investments, and then to explore these gas fields to increase our natural gas production. By the way, Ukraine consumes 30, 34 bcm and we produce almost 20 bcm, so we still import between 12 and 13 bcm a year."

"[Ukraine] has 31 bcm gas storage. It’s actually 25% of the European storage market and it makes Ukraine very important and useful for the system to balance markets during the seasons. And here we have an opportunity and something to offer LNG traders and gas traders to use our storage because the prices are not that high."

Andrian Prokip
"Five years ago, when this reform started, this was an idea to liberalize prices, which means actually increasing prices, and extra revenues had to be used to promote our domestic gas production, and there was a state program to increase gas production by 30% between 2015 and now, and as you saw… we actually did not have an increase in this production, we had even a slight drop. So I think the fact that Naftogaz failed to increase production was another reason for our government."

"Regarding the future of Naftogaz, I believe that personally that Vitrenko will not do something bad… because they are dedicated to a market approach. So on one hand, we will not have a seriously bad impact from inside of Naftogaz. However, yes, so as we see now, we have some concern, especially from Western parties."

Victor Andrusiv
"The case of Naftogaz is a trigger, which actually shows that this reform was pretty much imitated more than implemented. So with this case, we can see and look now deeper at what actually was going on with this corporate management reform and if you talk about this reform, we should not talk only about Naftogaz, we should also look for other examples of companies, banks, and organizations where supervisory boards were implemented and then how they were acting."

"We have a lot of violations during this reform at the beginning and now all these problems have finally led to the situation which happened with Naftogaz, and I’m sure in the next months we also we will have a big problem in Ukrainian railway companies and maybe in some others like Ukrinterenergo and so on. The first problem was trying to defend companies from intervention from the government." 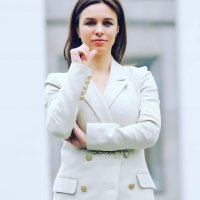 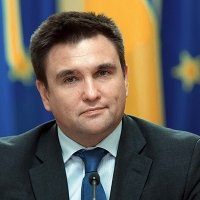