COVID-19 and the Northern Border

The Canada Institute is bringing together a panel of expert speakers for a video conference briefing to give an update on the novel Coronavirus and how Canada and the United States are working together during this crisis. During the call, speakers will discuss the details of the temporary border agreement and the impact this has on trade between our two nations.

In the wake of the novel Coronavirus outbreak, Canada and the United States agreed to temporarily restrict all non-essential travel across their shared border for the first time since September 11, 2001. This new agreement, enacted in order to protect the health and safety of their citizens, restricts travel for tourism and recreation and allows for the continuation of business travel crucial to our integrated supply chains.

Currently, $2.7 billion worth of goods crosses the Canada-U.S. border every day; yet, with markets plummeting, business closures, and an increase in unemployment, we may be headed for continued economic downturn. How is COVID-19 affecting businesses on both sides of the border? How long can we expect this to last? And what else can be done to maintain our strong economic ties?

The Canada Institute brought together a panel of expert speakers for a briefing to give an update on the novel Coronavirus and how Canada and the United States are working together during this crisis. The speakers discussed the details of the temporary border agreement and the impact COVID-19 has on trade between the two nations.

“…as we look forward, I think a couple of things, the experience for the most part, the reports that we saw reported by our colleagues at specific points on the northern U.S. border, the southern Canadian border, show that in fact people have been cooperating, that we did not see a panic, or confusion, but rather the way in which the way the governments have handled it have set the stage for actually going much further…”

“If in fact the large issue that we face across Canada and the United States, as well as across the world is, how do we actually restart the economy?”

“For the first time I think we can say that instead of being an area of conflict and of dissension and division, the border may have pointed the way to the kind of cooperation, the kind of balanced approach, that may well be an example for our countries to employ even beyond the border region.”

“What that means is that in our region, …industries that rely on cross border trade and travel and investment and consumerism are going to be heavily impacted and in this particular region that it really is tourism.”

“Since April 1st, traffic has declined through the tunnel (the Detroit-Windsor tunnel) by 88% compared to last year this time. At the ambassador bridge vehicles are down 52% through the end of March.”

“I think in Washington, we saw the value of the stay-at-home order very early because we had community transmission. It didn’t feel like it was sort of placed on us as a preventative measure; it was clearly needed. But I will say that now that it’s been a month, there is sort of a feeling of—maybe this is the nation as a whole— ‘when are we going to get back to the lives we had before this happened?’”

“That decline in demand is really, I think, what’s driving shifts in the supply chain more than the border restrictions themselves.”

“The air environment is actually quite fascinating because while the passenger side of things has declined over 90%...[for] the flights themselves…the decline is not as substantial in terms of number of aircraft movement. And that’s partly because cargo has really filled the void.”

“One of the interesting things, and perhaps a lesson for future recovery, is that you do have flights from China starting up again because of the lifting of restrictions. And as different countries look at flattening the curve, we’re seeing 100% full flights coming from China—on the way back not so much, because the threat that’s now being looked at is how do you deal with the second or third wave? In fact, all new cases in China are from foreign sources coming back into China.So that will be a challenge to manage as well until we have a vaccine for Covid-19.”

“What’s needed in terms of lessons learned is the sooner we get to a set of standards in terms of what will reassure the travelling public that it is, in fact, safe to fly by air once again. That seems like it’s far from now, but that is also a reality that the last thing trade, travel, tourism will deal well with is different kinds of forms, requirements, and measures ahead.”

“We need to look at the people side, the process side, and, of course, how technology can help us be able to deal with the threats we face.”

Please send your questions via Twitter (@CanadaInstitute) or via email (Canada@wilsoncenter.org). 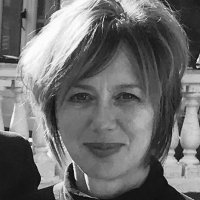 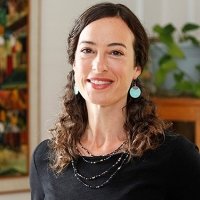 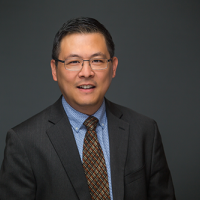