Forests on Film: New Stories from Nepal and the Congo Basin

At the 2014 Environmental Film Festival in the Nation’s Capital on March 25, the Wilson Center premiered ECSP’s latest documentary, Scaling the Mountain: Protecting Forests for Families in Nepal. Together with Heart of Iron, a recent film on mining in the Congo Basin, the event took viewers into some of the world’s most remote forests to see how their inhabitants are adapting to rapid changes in the natural resources on which they depend.

Given growing awareness about environmental change and how it affects human life, it is perhaps not surprising there is also a growing audience for environmental filmmaking. At the 2014 Environmental Film Festival in the Nation’s Capital on March 25, the Wilson Center premiered ECSP’s latest documentary, Scaling the Mountain: Protecting Forests for Families in Nepal. Together with Heart of Iron, a recent film on mining in the Congo Basin, the event took viewers into some of the world’s most remote forests to see how their inhabitants are adapting to rapid changes in the natural resources on which they depend.

‘Scaling the Mountain’ in Nepal

Scaling the Mountain is the second installment in ECSP’s “Healthy People, Healthy Environment” series of short films about population, health, and environment (PHE) programs, which combine environmental conservation and reproductive health services. After traveling to Tanzania for their first film, ECSP’s Sean Peoples and Michael T. Miller of Think Out Loud Productions went to the Himalayan foothills of Nepal, where arable land has become more and more scarce as the population has grown.

Scaling the Mountain provides a look at the challenges and successes of people in two villages as they adapt to land scarcity and changing customs about the number of children desired. “For this film, we wanted to show kind of the local institutions you need to use to actually integrate these population, health, and environment projects,” said Peoples. “How do you use local capacities and local institutions to actually implement a dynamic intervention?”

In Nepal, local “community forest user groups” have evolved from natural-resource management organizations to being important decision-making bodies for other community concerns. RIMS Nepal, an NGO working to implement a PHE program in several districts, found them to be ideal partners for their efforts to promote sustainable development, reproductive health, and women’s empowerment.

One method used by RIMS Nepal is training peer educators to serve as nodes of information in their communities. To capture the role these educators play in the complex social dynamics of a village, Peoples and Miller focused on telling powerful individual stories. “Aitimaya – the woman that we spent a little bit of time with – she was a really strong character. And I think that for those kinds of productions, you’re really looking for those kinds of strong characters that can articulate the kinds of challenges and the motivation to want to change what those problems might be in the community,” said Peoples.

The 2013 documentary Heart of Iron: Mining in the Congo Basin Rain Forest, the first film by director Leo Bottrill, follows attempts to tap into the vast iron reserves of the Tridom forest of Central Africa, a region of high biodiversity that stretches across the borders of Cameroon, Congo, and Gabon. Bottrill said the filmmaking process began “almost by accident”:

I was at a conference in Cameroon organized for the World Bank... [and] we were talking about these iron ore projects with a shared interest in trying to bring together the different stake-holding decision-makers around the table to discuss the kinds of impacts these might have. And as you saw in the film, that entailed dams, roads, railways, and the migration of thousands of people into the region. And we thought that a more compelling way to actually tell the story was to use film.

Bottrill interviewed government officials, representatives from mining companies, and locals about the proposed development of the area, which he traces to skyrocketing demand for iron ore largely bound for China. The true impact of mining in Tridom, he argues, is not well understood. “We are illustrating that not necessarily all of the information which is in the public domain is accurate,” he said, “and we are, I think, upping the level of transparency.”

The Versatility and Challenge of Film

For Bottrill, Heart of Iron is a new way to reach decision-makers. “Film is a common language which cuts across many different groups, many different audiences,” he said. “People don’t actually read many [reports] at all. And films hopefully provide a more compelling narrative on exactly what occurs, as well as visualizing what the future may entail as well.”

Both films use animation to augment their stories and help explain particularly complex interactions and dynamics. In Scaling the Mountain, Peoples and Miller created an animation to convey how community forest user groups help spread knowledge about population-environment interactions. “We really relied heavily on the animations for this film to show some of those conceptual linkages, because we weren’t there for several months to sort of show how those things play out,” Peoples said.

Heart of Iron uses time-lapse topographical animations to show the potential effects of proposed mines, dams, and railways on local geography. “I’d been working with GIS specialists in WWF to actually build animation, to take these planned projects and actually make them more real, to make them more tangible to decision-makers,” Bottrill said, and they became an integral part of the film.

Both documentaries shared some challenges too, including limited shooting budgets, tight schedules, and inaccessible terrain.

“Scaling the actual mountains was tough,” quipped Peoples. Roads and railways in the Congo Basin were in poor condition, said Bottrill, and reaching tribal groups deep in the forest for their perspective was particularly difficult.

Starting the Conversation About Conservation

For any documentary filmmaker, the question of how to balance perspectives and what story to tell can be difficult. In Tridom, “there are trade-offs between conservation interests and development interests,” Bottrill said, “and it’s very hard to say which one is necessarily more legitimate than the other one. We try to avoid taking one particular side with the film.”

Peoples echoed that challenge. “It’s a constant tug,” he said, “and finding a balance to tell the best story we can with the time we are there, with the tools we have, and the stories we came away with – that’s tough.”

For Bottrill, it didn’t end after the cameras stopped running. Sundance Resources Limited, the mining company he visits during the film, and the governments of Cameroon, Gabon, and the Republic of Congo have all put up resistance to showing it. “A general release within the region is not possible,” he said. “The critical ingredient that must begin this conversation is transparency and accountability. We don’t have enough transparency, we don’t have accountability, we don’t have strong institutions in these places that can oversee, implement, and manage these types of processes, and we need a strong civil society.”

Peoples framed the film as a “conversation starter” about the PHE approach to development – showing what it looks like in a unique context and how it can empower people. “I think if you want to get a general audience to look at these films and really take them seriously,” he said, “you have to address the human side of it, so that people have an entry point into the environment. I see it as a symbiotic thing: I don’t think you can address one without really addressing the other.” 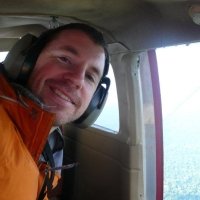 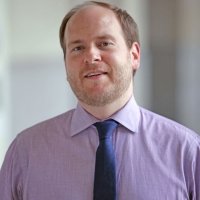