By Phone Only
This event will be made into an audio recording
Stream will begin in approximately —:—:—

Latin America's economies were on shaky ground even before the devastating impacts of the coronavirus, following a synchronized economic slowdown last year amid falling global commodity prices. In December, the UN's Economic Commission for Latin America and the Caribbean projected average growth in the region of just 1.3 percent for this year, and warned about rising risks of "economic and social stagnation." Despite generally low inflation and high international reserves, the region's governments appeared ill-equipped to respond to rising social demands such as those expressed in massive street protests last year.

Today, the panorama is far worse. As a pandemic paralyzes economic activity worldwide, it is kneecapping global trade and cratering commodity prices. The economic slowdowns in the United States and China will be particularly perilous for the region's major exporters, such as Mexico and Chile. A collapse in tourism, meanwhile, has deprived Argentina of one of its few economic bright spots, as the country struggles to avoid default. Goldman Sachs now forecasts recessions in Argentina, Brazil, Chile and Mexico, with zero growth projected for Colombia and Peru.

“The economic effects on the region have been swift and brutal. The shrinking of global demand and an oil price war between Russia and Saudi Arabia have sent prices for the all-important commodity and oil sectors important for the region…crashing.  This has crippled exports and trade that are critical to the region’s economic health.  The tourism industry, which is a vital source of employment and foreign exchange in many countries, is essentially shuttered.  Informal workers, about 50 percent of the region’s labor force, live day to day. They certainly don’t have the luxury of telework, and many of them are outside their country’s social safety nets.”

“The pain will be deep as a global recession gathers steam, devastating household incomes and eroding the region’s previous social gains.”

“I would say that perhaps Latin America is maybe two weeks or a week and a half behind what’s happening in the U.S.”

“If you look at the curve, what you have is a very sharp increase in the curve in most countries in the region, in some countries more severe than others…The reality, as we all know, is this virus has no limits.”

“In terms of the economic effect, this is, to me, one of the most severe questions for Latin America. We were already growing at very low rates. Fiscal balances today are very different than they were in the last financial crisis where…many countries in Latin America had a strong fiscal position…Today we are in a very different place.”

“Out of emerging markets, you have huge outflows of capital unlike any other time, and this, of course, is making it very difficult for countries to begin to finance the immense needs that they have.”

“We just don’t know how long this will last…All countries are looking at supporting their social safety nets, increasing them, being able to get, certainly, to the most vulnerable, but this is going to include more than that.”

“We’re in for a very, very dire kind of circumstance. Certainly our response, from the perspective of the IDB has been concentrating on initially what has to be around the health-related issues, but equally in the support that we can provide countries such that we can boost their social safety nets, and then, of course, everything around the small and medium businesses which represent over 60-70 percent of employment in Latin America.”

“The name of the game, I think, beyond dealing with the health issues, is how to inject liquidity into Latin American economy, such that they can weather this immense challenge here that we’ve never seen in the past.”

“The situation in the Caribbean is extremely dire. These are countries that largely involve tourism, and, as we all know, the travel industry is basically imploded in the sense that there is just the sheer numbers of people just not going to hotels and are not sure how long this will last. It’s very, very tough.”

“At the moment, everybody is simply overwhelmed with their own country’s response.”

“I still feel like we’re shooting at a moving target.”

“We came into the year, and again, this is the year where we had basically, since the fall of the commodity super cycle, we’ve been struggling to find growth in Latin America. We only saw one-and-a-half percent growth for the overall region in Latin America at the start of this year. So, this is already sort of a disappointing outlook which was going to be dependent on basically a recovery from recession in Brazil and Mexico…We currently have, in terms of full 2020, expect a contraction of 1.2 percent at the regional level.”

“We are going to have the depths of the crisis in the second quarter as the direct impacts play out, but we’re also still anticipating, this is really the unknown question about both the depth and the duration that we are still trying to wrap our heads around, if we will have some lift in the second half of the year as we are crossing our fingers and hoping, that dynamics will allow…service sectors…start to find ways to operate again.”

“…the depth of this fall and then recovery in China are really something we’ve never seen in any type of forecasting before…that type of recovery could perhaps play into commodity markets and give the second half a better tone than the first half.”

“We’re certainly not recovering all that lost output, and I’d still say we’re basically making some optimistic assumptions in terms of the recovery because of all the institutional shortfalls, the lack of fiscal and monetary space and, I’d say, difficulties, in terms of public health systems dealing with the crisis.”

“We thought we’re going to see central banks being more cautious in terms of…policies to stimulate, and we thought that there was going to be little fiscal space given these financing constraints, but we do see extraordinary times apparently calling for extraordinary reactions from the fiscal and monetary authorities.”

“We can argue as to whether or not certain governments may be taking more seriously or less seriously social distancing, but I’d say that the economic authorities are basically viewing this as a generational crisis, and they are “using toolkits and throwing caution to the wind, and I think dealing with the consequences of those of the fallout after.”

“I think that’s what has been so interesting, is just how the leaders here are dealing with it. The region has a lot of different approaches…Jair Bolsonaro [Brazil] is still going strong on not making it a big deal, and he cares about the economy—that was a big part of his campaign—he doesn’t want that to go pot, not that he has much control over that now, but it’s really put him in a difficult situation when you’ve got the health authorities and Minstry of Health which is being seen as taking much more leadership on this issue…Of course, there has been a lot of dissatisfaction in Bolsonaro’s leadership…the pot-banging. Every evening now, practically, there is some excuse to go out onto the balcony and bang those pots to say ‘out with Bolsonaro.’”

“I talked to a doctor the other day…she talked about the fact that this is an upper middle class problem, or has been. But there’s been wealthy Brazilians coming from abroad bringing the virus after their holidays, after the carnival, and getting treated in private hospitals. Up until now, that’s who kind of almost been contained, but of course, as the virus spreads, that will hit the poor.”

“Chile’s in a really difficult position because, of course, the referendum was set for April, now being pushed back to October. People are showing their anger with [Sebastián] Piñera because they want Chile to be shut down like they’ve seen in other parts of the region, so talking about protests on the streets, no, I think people are kind of feeling ‘no, we need to shut down the country; we need to make sure the numbers don’t keep rising. So, it doesn’t mean that the demand that we saw late last year will go away. If anything, this is putting more pressure on Piñera…His popularity is not getting any better.” 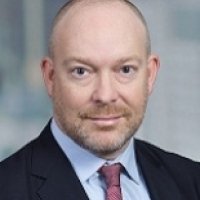 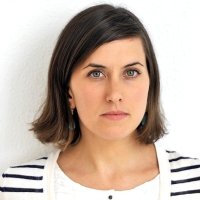