Wilson Center's Canada Institute, Mitch Davidson in Ontario, and Sarah Hubbard in Michigan convened to speak about how the local politics of Enbridge Line 5 that impacts broader Canada-U.S. relations.

In the United States, state governors do not make foreign policy, but their actions can have serious international implications. Michigan Governor Gretchen Whitmer's efforts to shut down Enbridge Line 5 prompted the first major crisis in bilateral relations since the start of the Biden administration. To understand the local politics that forced Washington and Ottawa into a confrontation they both hoped to avoid, the Wilson Center checked in with Sarah Hubbard in Lansing and Canada Institute Global Fellow Mitch Davidson in Toronto.

“In Ontario, roughly 75% of homes are heated with natural gas… and it comes from this pipeline. If that were to shutter in some way, the consequences that would come with that and the impact on pipefitters, general laborers, and people selling appliances… the labor impacts are much more immense than they seem. It is really worth pointing out how reliant [workers and communities], especially [in] Ontario, are on the usage of gas.”

“The political ramifications of the closure of the pipeline would be a drastic increase in prices as supply gets shorter, and you have seen it already with a different pipeline, with Americans lining up at gas stations and what that means for local congressional districts and the types of complaints they are getting. That coming to Canada when it relates to heating your home and being able to turn on your stove, those are some pretty critical and fundamental issues for quality of life.”

“In the election, the Biden administration managed to turn a lot of rust belt states, a lot of Canadian border states, blue and did so barely when they thought they might have won them in a landslide. So fighting for these jobs and these particular implications in a place like, for example Michigan, is really important… That is where the election was won and lost.”

“What is driving this? I think it is laid upon that foundation where the Governor cannot alienate her friends in labor who are so keenly interested in building a tunnel to put Line 5 in under the streets of Mackinaw, that is a huge jobs driver for them… You cannot completely alienate them, but you also have to find a way to really be strong for the environmental groups… You have these two major factions that are her supporters fighting with each other and she is trying to figure out how to thread the needle.”

“There is a resolution to this. There is hopefully a win-win that people can find ultimately on this topic. I think the one that has been laid out there is the tunnel, and… I am not hearing that much talk about that right now. I am hearing really about “Line 5 or no Line 5.” Perhaps the focus back on the tunnel is one thing to look at.” 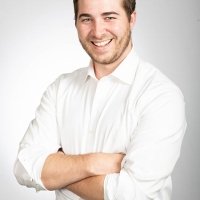 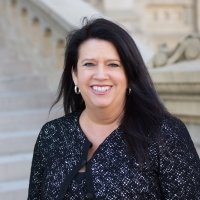