Ukraine held its parliamentary elections to the Supreme Rada on Sunday July 21. These elections will shape the course of President Volodymyr Zelenskyy’s policies and determine whether he will have a majority in the parliament to fulfill his ambitious agenda.

In this Ground Truth Briefing, experts analyzed the results of the parliamentary elections and what they will mean for Ukraine and the Zelenskyy administration.

“Since the dominance of communism in early 1990s in the Ukrainian parliament, we’ve never had any big party controlling almost half of the [Verkhovna] Rada. But right now, we definitely enter into a period with [a] very different parliamentary situation.”

“What concerns me [is] optimism. So far, we have an unprecedented level of optimism among the Ukrainian population about the development of [the] country. We’ve never had it like this, according to the sociological polls, in all the 28 years or from [the] early 90s….Which makes it a very big responsibility of the current winners, of President Zelenskyy and his party, not to spoil the challenge.”

"As you know, the President’s party, the Servant of the People, won in every single region of Ukraine. Now that alone is unprecedented. The fact that, at least in appearance, there seems to be a toned down East-West division and it’s not only statistically significant, but it’s also something that has entered a popular narrative – something that people talk about at polling stations… As a matter of fact, where regional differences manifest themselves right now are in who’s the runner-up.”

“I wasn’t particularly surprised, but it’s noteworthy how low the turnout was. Part of it, of course, was explained by the fact that it’s the middle of the summer, and you know, young people, particularly, didn’t show up in the same numbers as the elderly.” 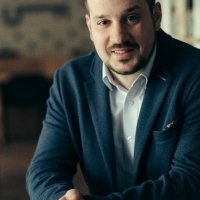 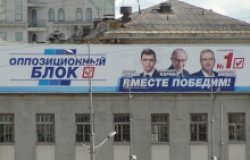