As COVID-19 cases multiply worldwide, North Korea claims it has no cases of coronavirus and continues to sequester itself from the outside world. Meanwhile, as leaders turn their attention to battling the spread of the virus, Kim Jong Un has ordered a half-dozen missile tests in recent weeks, deepening his country’s political and economic isolation as well as complicating stalled nuclear diplomacy.

In this briefing, Wilson Center scholars and experts who have spent considerable time on the ground in North Korea discuss what’s happening inside North Korea, both in politics and in public health, and assess the impact of COVID-19 on North Korea’s economy, its people and nuclear negotiations with the United States.

"Sanctions imposed on North Korea should exclude humanitarian efforts, but the reality is different. A case in point is a sanction that prohibits the import of anything metal to North Korea. Then how could we deliver medical instruments? To get an exemption is a complicated and time-consuming process."

"North Koreans used to be heavily dependent on the government. Now, they have better coping strategies. They actively participate in the market economy and look for new entrepreneurship opportunities; they find their own ways to make ends meet."

"Unlike 20 years ago, (North Korean) government administrators, having accumulated experience with international aid organizations, are now more open to learn. It is thus critical for international organizations to implement not only short but also long term sustainable projects and programs."

“Some US officials with whom I spoke recently say they do strongly suspect there are [COVID-19] cases…even if the government hasn’t formally acknowledged that yet. So, given that, there have been a lot of questions on whether the U.S. plans to ease sanctions to allow some humanitarian aid to get to them more easily, or to allow more economic aid to get to North Korea and to help out with commercial prospects there. The short answer is that there has been no substantial change to the UN sanctions on North Korea, and the US is now pressed for any changes.”

“Starting early this year, we saw that Kim sent some signals that the era, or the period, of working closely with the U.S. is over. But at the same time, nothing strategically has changed. They continue to do some short-range ballistic missile tests, but we haven’t seen any major testing from the ICBMs or nuclear warheads. And again, that hasn’t changed the [US-North Korea] relationship substantially.”

“I know there has been some speculation among officials tracking this that China might be sending aid right now to North Korea through channels that…the U.S. doesn’t closely monitor, or that the U.S. isn’t on top of, because…it’s in China’s interest to continue supporting North Korea, to support the government, and also to make sure that there’s no mass outbreak of COVID-19 in North Korea.”

“Oftentimes, we in the U.S. might underestimate how other countries have taken very effective measures to prevent the spread of COVID-19, and that includes sort of authoritarian countries in Asia…if you look at a country like Vietnam, they’ve had very effective steps in terms of controlling outbreak in their country, and a lot of it’s because they are able to quickly impose regulation throughout the population, and the population has to follow. And my assumption is that Pyongyang is able to do that even though we don’t know the operation of what exactly is going on the ground…I don’t think we should underestimate the level of distancing that they’re able to impose on the population.”

“One thing that I noticed is…Tajikistan and Turkmenistan are other countries who say they have no cases, and I don’t think it’s a coincidence that these three countries—Tajikistan, Turkmenistan, and North Korea—are at the very bottom of rankings issued by Freedom House when it comes to political freedom and the flow of information.”

“We may never know how many North Koreans have died, but what we do know…is that a wide swath of the population would be extremely vulnerable to an epidemic like Covid-19. Just from a public health standpoint, more than 40% of the population is undernourished, according to the World Food Program…and we know that those with underlying conditions don’t fare well…The World Health Organization estimates that some 131,000 North Koreans suffer from TB [tuberculosis], thousands dying every year of the disease.”

“It’s true that sanctions have made it very difficult for North Korean hospitals and clinics to import what they need, but I think it is inaccurate for the North Koreans to place all the blame on the United States, because I do believe that the North Korean leadership bears the ultimate responsibility for making the decisions that do end up putting their people in jeopardy.”

“When this crisis started unfolding globally, this came at a time of incredible political uncertainty in Pyongyang…I do think that he [Kim] was struggling to figure out how he was going to gain the upper hand in his negotiations with the United States, as well as how he was going to regain public confidence at home…And in terms of the United States…he wants to have a little bit of that isolation so that he can carry out some of that testing and make some improvements, so when he gets back to that negotiating table, he’s in a stronger position.”

Katharina Zellweger made her first trip to North Korea in 1995 as an aid worker, and has been working on North Korea projects since then. Ms. Zellweger is the founder of the NGO KorAid Limited, which leads projects focusing on the disabled in North Korea and China. She is also a Visiting Fellow at the Center for International Security and Cooperation at Stanford University, and previously served as the Pantech Fellow in Korean Studies at Stanford.

From 2006 to 2011, she was based in Pyongyang at the North Korea Country Director for the Swiss Agency for Development and Cooperation, an office of the Swiss Ministry of Foreign Affairs. The focus of her work for the SDC was on sustainable agricultural production to address food security needs, income generation to improve people's livelihoods, and capacity development to contribute to individual and institutional learning.

Edward Wong is a diplomatic correspondent at The New York. He has worked for the Times for more than 20 years, reporting for 13 of those as an international correspondent and bureau chief from China and Iraq. As Beijing bureau chief, he ran the Times’ largest overseas operation. He has reported from dozens of countries, including Afghanistan, North Korea, Saudi Arabia, Vietnam, Myanmar, Mongolia, Uganda and Ukraine. Mr. Wong also serves as a Wilson Center fellow and is working on a book project related to China.

Jean H. Lee is a Pulitzer-nominated veteran foreign correspondent and expert on North Korea. Before joining the Wilson Center, Ms. Lee led the Associated Press news agency’s coverage of the Korean Peninsula as bureau chief from 2008 to 2013. In 2011, she became the first American reporter granted extensive access on the ground in North Korea, and in January 2012 opened AP’s Pyongyang bureau. She has made dozens of extended reporting trips to North Korea, visiting farms, factories, schools, military academies and homes in the course of her exclusive reporting across the country from 2008 to 2017.

Abraham M. Denmark’s research and policy expertise is in the politics and security of the Indo-Pacific, and in U.S. strategy toward the region. Denmark previously served as Deputy Assistant Secretary of Defense for East Asia and worked as Senior Vice President for Political and Security Affairs at The National Bureau of Asian Research, a Fellow at the Center for a New American Security, and held several positions in the U.S. Intelligence Community. 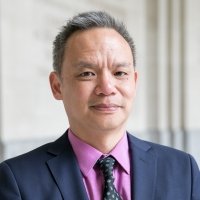