Skip to main content
Support
Show
Live Now
Postponed in Observation of Juneteenth | Disease-Related Stigmas, Their Origins, Their Persistence, and Have We Learned Anything to Stop Them? A Comparative Look at HIV/AIDS and COVID-19
Explore More
Close
Article
Migration
A Layered Look at Canadian and U.S. Immigration
By Richard Sanders on July 21, 2020
Image Credit
Share on FacebookShare on TwitterShare via Email
Share
Live Now
Event

Pandemic Immigration Consternation for the United States and Canada

Wednesday
2:30pm – 3:30pm ET
This event will be webcast live
Live stream will begin in approximately —:—:—

In response to COVID-19, the United States and Canada have reassessed the risks of cross border migration. In March, the United States suspended visa processing at US embassies and consulates around the world. In June, the US announced it was suspending H-1B visas, H-2B visas, L visas, and certain J visas through Dec. 31.

Then on July 22, the Supreme Court of Canada ruled that Canada’s asylum agreement with the United States, known as the Safe Third Country Agreement, violated the Canadian Constitution, and gave Ottawa six months to address the issue before the court orders the agreement invalid on January 22, 2021.

How will these changes affect business, families, and individuals? And how might these challenges be resolved in coming months? Our virtual panel discussion among experts considers these questions and what to expect.

“I think there’s a little bit of a sense that everything old is new again. My tenure in Canada and working on U.S.-Canada issues at DHS was from about 2005-2011, so covering the latter years of the Bush administration and the early years of the Obama administration. We were still dealing with a lot of the fallout with 9/11. At that time, if you recall,  the U.S. and Canada were also not exactly on the same page when it came to how to jointly manage the border, how to look at immigration issues, and I think we’re in another period like that right now. As Richard noted, in between, we did a lot of work to solidify the relationship.”

“COVID-19 has given the administration the rationale to do some of the things it has already decided to do. For example, the immigrant visa suspension came after most U.S. consular processing around the world had already been suspended for the protection of consular officers around the world and the prevention of COVID. It didn’t have a lot of immediate impact, but the rationale given wasn’t to protect the United States from COVID, it was to protect American workers from competition from immigrants who were on the verge of being approved to come to the United States...That is unique. No other country in the world that I am aware of has imposed such restrictions not on the basis of spreading the disease, but on the basis of protecting the economy.”

“The business community in the United States argues every time that the harder you make it to get [L-1 and H-1B] visas, the more companies will just go elsewhere and not come here at all. Not only will you lose the foreign workers in the United States, but you’ll also lose the U.S. workers who would work with those foreign workers in the United States because whole divisions will be going elsewhere. We have seen some of that, but that is the conversation that is happening and I think it’s not a correct one. I think we do need to think more seriously about how we are losing ground to other places in the world and what that might mean for our economy in the long run.”

“Over the past four years, the Trump administration has dramatically transformed the U.S.’s immigration landscape, and not just sort of in bold brush, sweeping ways, but also in some really small technical details across the immigration spectrum. I think what this will essentially mean is that even if we have a different administration come into power in January, some of these changes are going to be very difficult to implement in the timeline that it’s going to take for all of these decisions to be reversed.”

“Nearly half of all Fortune 500 companies were founded by either immigrants or their children, so if some of the talented immigrants originally destined for the U.S. instead choose to go to Canada, that will mean that what we see is an increase in innovation coming out of Canada within five, ten, fifteen years from now where this talent pool is and where inevitably these investors are going to follow them.”

“The past three-and-a-half years has left a really...negative idea of what it’s like to immigrate to the United States, and that’s going to stay for a very long time. As a result, other countries like Canada, India, and China are going to benefit greatly from the talent pool of individuals that are looking for other opportunities outside of their home country. The only answer is really going to be, like Richard mentioned, looking at comprehensive immigration reform as a way to try and bring back some of these people, some of the talent, and make businesses feel more comfortable that if they are going to invest in the United States, that it will be worthwhile for them and the talent that they want to bring in.”

“A justice has taken the view that the U.S., because of all the different policy changes, no longer constitutes a safe third country, where the kind of refugee adjudication system is to be considered the equivalent of Canada. What the impact of this will remain to be seen because there’s a six-month grace period that Canada has been given to deal with this problem, but of course, six months would take us into a new administration in the U.S., so what this would mean for this judicial decision is unclear... If President Trump is reelected, I think the odds are that we will have more of the same continued intensification of efforts to control, and indeed imitation of immigration. Some of the things provisionally enacted as part of COVID situation will doubtless be continued.”

“Our current immigration system, which is actually the result of a series of reforms to reforms to reforms, is kind of a Rube Goldberg contraption. Whether it makes sense, whether you agree or not with a lot of what President Trump says, the question of a points system is a valid one. Although family reunification already has a big lobby in the U.S., mainly the families that are already here, I think that as has happened in the past, sooner or later, a fresh look at our whole immigration regime may be in order.” 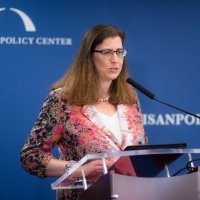 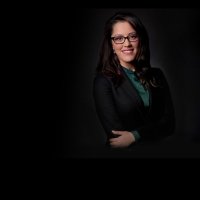 Global Fellow;
Former member of the Senior Foreign Service of the U.S. Department of State