The Road Ahead for I2U2: An American, Emirati, Israeli, and Indian Partnership

On July 14, leaders from the United States, India, Israel, and United Arab Emirates met for the first time as part of a new quadrilateral forum known as the I2U2. The Wilson Center’s Middle East Program and Asia Program hosted Undersecretary for Economic Growth, Energy, and the Environment Jose Fernandez to share the US perspective and outlook on the I2U2 forum. After his remarks, an expert panel evaluated the present and future of I2U2 and its regional context, particularly in light of great power competition and how the Abraham Accords paved the way for the formation of this new Quad.

Wilson Center President & CEO Ambassador Mark Green noted that the I2U2 forum represents a powerful and hopeful beginning, pointing to “while it’s hard power that occupies governments, and violence that captures headlines, it's the power of markets and commerce and entrepreneurship that makes progress around the world.” This is particularly important, “inside a region that has often been paralyzed with strife,” he noted in reference to the Middle East.

The I2U2 forum is a collaborative partnership between the US, Israel, India, and the UAE, officially formed on July 14, 2022. As Under Secretary Fernandez stated, the partnership is based on “cooperation and not on competition,” and thus serves as a regional platform and model to “deepen economic integration with the Middle East, Asia, and beyond.” Further, Under Secretary Fernandez emphasized the areas of focus will expand to include technology and semi-conductors, in addition to energy, food security, health, space, transportation, and water. The Undersecretary announced that the I2U2 business forum is being planned in the UAE for the coming year to advance projects and investment opportunities between its members.

Economic integration across the region

I2U2 presents an opportunity for economic growth and security through the strengthening of partnerships between the four states involved. India expert Deepa Ollapally sees I2U2 as a potential gamechanger for India, “in the case of New Delhi, it’s a lot more than incrementalism”. She adds that following the economic vulnerabilities exposed by the COVID-19 pandemic, India is looking to broaden its economic partnerships westward to “distribute resiliency by distributing its capability and resources it can go to.”

This shared sense of security through economic partnership is shared by the UAE, which as noted by former Wilson fellow Afshin Molavi , has framed its next 50 years of foreign relations as being deeply connected with economic growth. I2U2 falls in line with this “economy first” strategy by focusing on relationship-building and cooperation. Looking at America’s own foreign policy doctrine under the Biden administration and I2U2’s role within it, MEP Chair Ambassador James Jeffrey views I2U2 as a matter of security for America, “This is not focused on a specific country as an opponent nor even on security per se, that word doesn’t appear in the entire document, but it’s all about security.”

Israel expert Natan Sachs reflected the, “Israelis are extremely happy about this.” He added that Israel feels it suffers a disadvantage in large multilateral institutions such as the United Nations and has thus developed its contemporary foreign policy strategy around its successes in smaller multilateral groups, such as I2U2. “For Israel, there's no downside.” I2U2 brings in the US while offering cooperation with countries Israel is interested in cooperating with as it paves its economic avenue eastward through the Arab countries of the Gulf and to the markets of India.

Headed forward the panelists believe the quartet will look to add other partners to the forum. Indonesia, Japan, and South Korea were cited as potential Asian partners and the United Kingdom as a potential European partner with strong ties to the states already involved.

Although, it’s important to note the potential fragility of I2U2 as in the end, it lacks a written agreement binding the states together and thus may be vulnerable to domestic political changes or economic crises. However, Deepa Ollapally added that the strong bilateral relations between the states, in part strengthened by I2U2, is what will maintain the forum’s resiliency. 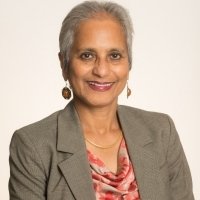 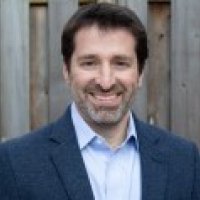 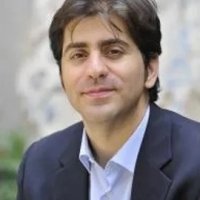 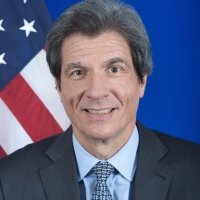 Under Secretary for Economic Growth, Energy, and the Environment, Department of State 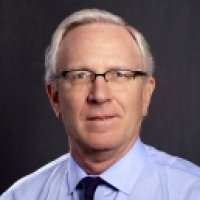