Ebola is now a global crisis and last week it entered the United States. How are healthcare systems and humanitarian groups responding to the crisis and is the virus really under control? Join this teleconference as three experts discuss the virus and the world’s response.

Ebola is now a global crisis and last week it entered the United States. How are healthcare systems and humanitarian groups responding to the crisis and is the virus really under control?

Below is a summary of the conversation with our experts Dr. Monde Muyangwa, Dr. Anthony Fauci, and Dr. William Schaffner.

Since cases began being diagnosed in rural Guinean villages in December 2013, the Ebola virus has grown into a regional epidemic, claiming over 3,400 lives in Guinea, Sierra Leone, and Liberia. Now, with reports of the virus spreading into Nigeria and fresh diagnoses having been made abroad in both Spain and the U.S., there is a growing fear that the Ebola outbreak could turn into a larger, potentially global, epidemic.

In the past WHO and the international community have been successful in coordinating their efforts and effectively combatting emerging diseases such as SARS and H1N1. However, this time an effective and coordinated response has been lacking. As new cases continue to be diagnosed, it has become clear that new policies and strategies are needed when responding to global health crises.

On the regional level, Dr. Muyangwa hopes that the Ebola outbreak can serve as “a wake-up call to African countries.” In this case she was critical of both the African Union and the Economic Community of West African States, both of which waited until August and September respectively to respond to the Ebola outbreak. She believes that this slow response is a product of what is now habitual overreliance on international support.

On the international level, Dr. Fauci believes that a new strategy is needed concerning how the world monitors and combats new diseases. In this case, “WHO did not work well.” Marred by budget cuts and a general sense of apathy, he believes that WHO and the international community waited too long to act in West Africa and missed the opportunity to contain the virus in its early stages. Although he was not sure of how the politics would play out, he and Dr. Schaffner support the idea of assembling an international response team that would specialize in identifying, treating, and containing new viral outbreaks. As Dr. Schaffner pointed out, the world is “more interrelated than we ever were” and the idea of “forgotten problems of forgotten people” no longer applies.

Fortunately, both Dr. Fauci and Dr. Schaffner are confident that there is still time to contain and effectively treat the virus. Both additionally dismissed theories that the virus was mutating and becoming transmissible through the air.

Beyond the health aspects of the virus, Dr. Muyangwa is concerned about the long-term harm that the outbreak could inflict on Guinea, Sierra Leone, and Liberia. As she noted, all three countries have suffered recent political transitions and conflicts. Although she is hopeful that the presence of 3,000-4,000 U.S. soldiers will help build up the citizen’s faith in their own local governments, she is worried that the crisis will hurt each country’s economy. With neighboring countries closing their borders and restricting trade in response to the Ebola outbreak, it is important for the international community to step in and offer necessary economic support.

Although the Ebola crisis is at its core a health problem, it has made a multidimensional impact on the region and the world. It is therefore even more important that the international community work quickly, effectively, and collaboratively to fight the virus, stabilize the host countries, and work towards a healthier and more prosperous future. 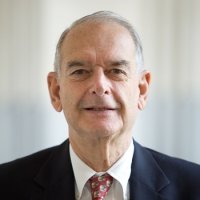