Terror over Sinai: Russia, Egypt, ISIS and the Future

It’s been almost two weeks since a Russian commercial airliner was brought down over Sinai. A terrorist attack seems to be the most likely reason. In this teleconference, three veteran observers of Russia, Egypt, and jihadi terrorism analyze what we know about the incident, and what it may mean for the region and U.S. security.

Thursday
10:00am – 11:00am ET
Get Directions
This event will be made into an audio recording
Stream will begin in approximately —:—:—

It’s been almost two weeks since a Russian commercial airliner was brought down over Sinai. A terrorist attack seems to be the most likely reason.

In this teleconference, three veteran observers of Russia, Egypt, and jihadi terrorism analyze what we know about the incident, and what it may mean for the region and U.S. security.

While experts and world leaders cannot speak with exact certainty, there is a growing global consensus that Russian flight 9628 was brought down by a bomb. However, even with an affiliate of the Islamic State claiming responsibility for the attack, key questions remain: was the plane brought down by a sophisticated bomb, which evaded security, or was it facilitated by inside help; was the Islamic State in Syria directly involved in the attack or was the attack only carried out in the Caliphate’s name; what will Russia and Egypt’s responses mean for Syria, the wider Middle East, and the global fight on terrorism?

Mr. Bergen is “99.9% certain that it was a bomb” that brought down the plane. Citing British security analysts, he believes that poor security at the Sham el-Sheik airport made the plane a “target of opportunity” for the Sinai militants. While he was unsure whether or not the attack was planned by local militants in Egypt or IS leaders in Syria, he nevertheless believes that the event has “established [ISIS] as the head of a global Jihadi movement.” In bringing down a plane, ISIS has done what Al Qaeda and its affiliates have tried, and failed, to do numerous times. While this attack may not have required a large amount of resources or sophistication – and may have instead hinged on an inside-source in an already dilapidated security system – it nevertheless highlights jihadi capabilities and, Mr. Bergen fears, may inspire similar attacks.

Even as countries around the world try to figure out exactly what happened to flight 9628, the larger question looms: how will world powers respond? This question is particularly relevant in Russia, where according to Dr. Trudolyubov, the media and government have resisted calling this an act of terrorism. The reason for this silence and ambiguity, Dr. Trudolyubov explains, is because admitting that this was an attack would in turn demand a Russian response. In this case, the only response Dr. Trudolyubov can imagine is “a surge in Syria…and a ramp up of troop deployment to the Middle East.” Such a move would in turn, shatter the current “television campaign” that Russian media is using to celebrate and build support for its campaigns in both Ukraine and Syria. Acknowledging a human cost to Russia’s actions will weaken the Kremlin’s position and perhaps encourage government opposition. However, given the current nationalistic fervor in Russia, Dr. Trudolyubov believes that the public will accept whatever explanation the Kremlin gives; citizens will either cheer increased military action or continue to commemorate the dead.

While a Russian response may ultimately be based in Syria, Dr. Dunne believes the circumstances which resulted in the downing of flight 9628 will have to ultimately be addressed in Egypt. Insurgency in the Sinai “is an Egypt specific problem” Dr. Dunne stated. There is a long history of militancy in the Sinai; although Sinai Province pledged allegiance to the Islamic State, Dr. Dunne describes the group as a local group, made up of “almost all Egyptians…increasingly Sinai Bedouins.” In her opinion, “human rights abuses in the Sinai” and the anti-Islamist policies of the Sisi government are driving an “increasingly assertive insurgency.” Rather than focus on Egypt’s own domestic short-comings, Dr. Dunne argues that the government is increasingly looking for external scapegoats. Sisi’s defensive, paranoid response to the Oct. 31 attack only further illustrates the government’s inability to address political challenges in an effective, coherent way. The Sinai insurgency has, and will, continue to exist with or without the Islamic State. To suppress future violence, Sisi must develop a new, holistic approach to enforcing policies. Although this attack may have been carried out in the name of the Islamic State, the motivation, and ultimately the solutions, must be uncovered in Egypt. 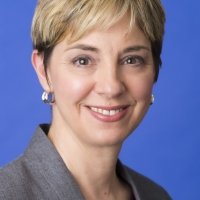 Audio
Security and Defense
Relationships and Rivalries: China vs. India?