In a high-stakes diplomatic gamble, President Trump has accepted an invitation to meet with North Korean leader Kim Jong Un – and the dramatic development raises crucial questions. In this telephone briefing, three veteran observers of U.S.-Asia policy and North Korea offered their insight.

Could this summit lead to meaningful constraints on North Korea’s nuclear program? What are the attitudes of China and South Korea toward bilateral U.S.-North Korean diplomacy? What preparatory work must be done to ensure a successful summit? And what would be the criteria for success?

“I, personally, have been watching the effort of the Trump administration and have commended President Trump for focusing on North Korea. If these talks come off, and if they are managed well on our side, I think we have a lot to gain from them.”

“Something that has caught my attention… is that the North Koreans haven’t engaged yet. There has been radio silence, so far as I know, from North Korea since President Trump announced that he accepted North Korea’s offer... What could this possibly mean? Is this the sound of one hand clapping?”

“One thing I would like to raise is the convergence of timelines between the president’s obligation to certify or de-certify the Iran deal and the alleged likely time of this event… It seems to me that if he de-certifies the Iran deal, he sends a signal directly to Kim Jong Un that [says,] ‘Don’t trust the United States if it enters into an agreement, because we might decide later to disavow it.’”

“There’s a linkage between the Iran and North Korean proliferation cases, notwithstanding the huge differences between the two countries… The ironies abound because the type of transactional approach that was taken to secure the Iran nuclear deal was being held up as a possible template for the North Korean negotiation, since zero is not on the table with the North Koreans. As long as the Kim family is in power, they’re not going to go back to zero.”

“We have not heard from North Korea throughout this process. They have neither confirmed nor denied any part of what South Korea said they said… It’s remarkable that North Korea has seen that they need to maximize their flexibility by staying radio silent, at least for now.”

“By accepting this summit, President Trump has really thrown the conventional wisdom out the window when it comes to North Korea policy… He was not the first American president to be invited to meet with a North Korean leader. In fact, those invitations have been fairly standard. What’s new is that he accepted it. In the past, previous presidents had not accepted that invitation because it’s such a major concession to the North Korean, and it’s seen as a source of leverage for the United States in negotiations.”

“I think the Iran deal is the latest example [North Koreans] can point to of how the United States, from their point of view, is not a reliable negotiating partner, and any agreement they come to may last a few years at best, but at some point, somebody is going to come by and change the deal or back out.”

“My suspicion is that the negotiation is first going to focus on the issues that are of greatest importance to the White House, which is the nuclear issue and long-range missiles. But I expect that if the negotiation goes beyond that first stage, other capabilities will certainly come into play.”

“I think we are perhaps getting ahead of ourselves. We still have a long way to go before we see a summit between Kim Jong Un and Donald Trump, and I think it is important to note that North Korea has not said anything about this in their state media… They’ve given no indication to their people that this is happening…That said, remember that Kim Jong Un and Moon Jae In now have a direct hotline. This is very significant. It has been 10 years since a South Korean leader and a North Korean leader have had a direct line of communication.”

“I do look at these potential negotiations or this possible summit with some concern. I know how tough and how savvy the North Koreans are. I think that we Americans tend to go into these situations thinking we are going to do things differently than our predecessors… I am reassured that the incoming secretary of state, Mike Pompeo, said that he spent last weekend going over the CIA’s history of negotiations with North Korea.”

“There’s a high potential that the Americans are going to be out-maneuvered because [the North Koreans] are people who know the issue. They’ve been dealing with Americans, whereas on the U.S. side, we have a lack of experience and a lack of understanding, frankly, of who the North Koreans are, what it is they want, and how to speak to them – and that is one of my big concerns.”

“I would urge the Trump administration to make sure they’re not going into this as cowboys and that they are looking back at the depth of experience over the past 25 years of negotiators who have been down this path before and negotiators who have dealt with the North Koreans.”

“It’s easy to demonstrate that the summit between President Trump and North Korean leader Kim Jong Un involves very significant downside risks and only limited upside gains. But in diplomacy, you make a major error if you don’t always look for the possibilities in the darkest situations.”

“The hard reality is, we have no decent options with regard to North Korea. We have defined North Korea’s nuclear and long-range missile programs as unacceptable, but we have no acceptable way of blocking their continuation. One purpose of the summit could be to explore whether there are new and better options.”

“With no advanced preparation, President Trump has taken a major initiative in the backyard of China and Japan, neither of whom was consulted or informed in advance. Both resent this type of high-profile behavior... Agreeing to the summit may undermine our ability to maintain the rigor of sanctions on North Korea that may have helped force North Korea to agree to a meeting.” 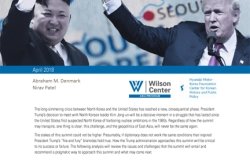 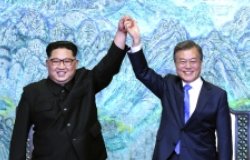