The United States, China, and Global Governance: A New Agenda for a New Era

The United States-China relationship is at a critical juncture. Both countries are undergoing tremendous historical changes, and the globe is facing growing challenges in promoting broad-based and sustainable economic development. This report analyzes the tensions and challenges in the relationship and offers policy recommendations about the relationship in the areas of trade, investment, finance, and climate change. Check out the webcast and read the report here!

The United States-China relationship is at a critical juncture. Both countries are undergoing tremendous historical changes, and the globe is facing growing challenges in promoting broad-based and sustainable economic development. This report analyzes the tensions and challenges in the relationship and offers policy recommendations about the relationship in the areas of trade, investment, finance, and climate change. Kennedy and He suggest that to address these issues, bilateral engagement can achieve only so much, and that more emphasis needs to be placed on regional and multilateral forums.

This report is a part of the Initiative on China and Global Governance, a three-year project undertaken by the Research Center for Chinese Politics & Business (RCCPB) with support from the Henry Luce Foundation. The initiative has included 30 research projects, multiple articles, three books, four international conferences, the Chinese industry-US government roundtable series, and the formation of a global governance experts group.

Founded in February 2007, with offices in Indiana and Beijing, the IU Research Center for Chinese Politics and Business (RCCPB) is committed to providing thought leadership on issues that meet at the intersection of Chinese politics and the global world of business. The center has initiatives on global governance, lawmaking and economic regulation in China, and US-China business cooperation. The Center breaks down traditional boundaries by bringing together scholars from multiple disciplines and by building bridges between universities, stakeholders, and policymakers in the United States, China, and elsewhere.

The CASS Institute of World Economics and Politics was founded in 1964 as the Institute of World Economy. IWEP carries out research on international finance, international trade, multinational companies, industrial policy, and global governance. It has over 100 staff, including senior fellows, research fellows, researchers, and doctoral and master’s students. IWEP annual issues a “Yellow Book of International Economy” and sponsors five journals. It carries out extensive exchanges with foreign scholarly and policy research organizations, and regularly contributes to policy discussions in China.

On April 11, 2013, Dr. Scott Kennedy from Indiana University and Dr. He Fan from the Chinese Academy of Social Sciences presented their report on The United States, China, and Global Governance: A New Agenda for a New Era as part of the Initiative on China and Global Governance. Dr. Miles Kahler, a visiting fellow at the Wilson Center, commented on the report, which is available for download on the Kissinger Institute website.

At the outset, Kennedy highlighted that “both China and the United States need to be more responsible stakeholders.” Instead of one country taking it upon itself to act on global governance issues, both countries need to improve the efficiency of global governance together. The report addresses three areas of global governance in which this cooperation is occurring: trade, investment, and finance. Kennedy and Fan argue that in addition to bilateral engagement, more emphasis needs to be placed on regional and multilateral forums as well.

Main recommendations also include supporting China and the United States in their efforts to address domestic concerns and improving the efficiency of the Strategic and Economic Dialogue. Kennedy argues for more substantive involvement by the U.S. and Chinese presidents in the Dialogue. Although the authors do not discourage regional agreements they advised China and the United States to “proceed with caution.” One multilateral recommendation was to create a timeline for China to join the OECD by 2020.

According to Kennedy, “global governance faces severe gridlock” today and has led to countries resorting to protectionism, regional FTAs, and monetary expansion. For instance, U.S. foreign direct investment (FDI) in China is declining due to investment barriers, while Chinese FDI faces heavy scrutiny in the United States. According to Fan neither country is the lead investor in the other country.  He argues that the United States should open up to Chinese investment and vice versa so as to benefit both countries’ economies.

Kahler stated that he is more optimistic than Kennedy and Fan because (unfortunately) the existing system functions the way it was intended, especially during the global financial crisis. He stated that neither China nor the United States wants to upset the current global economic order. Kahler notes that multilateralism can help diffuse the stress to bilateralism in terms of global governance. He pointed out the past attempts to create a set of global investment rules however, and doubted the chances of restarting these global efforts. Kahler notes there is too much emphasis on Chinese and American leadership in the report. He suggested it would be useful to include the voices of opposition to global governance efforts to show why it has not occurred already. 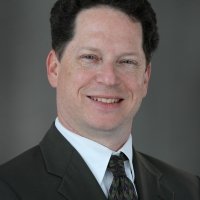 Deputy Director of the Freeman Chair in China Studies, and Director of the Project on Chinese Business and Political Economy (Center for Strategic and International Studies) 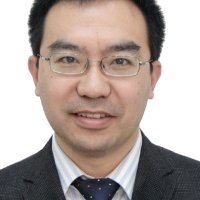 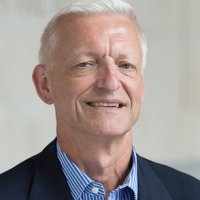 Publication
Economics and Globalization
Kennan Cable No. 69: How the Urals Might Answer Russia’s 21st-Century Economic Crisis: A Pivot to the East?

Article
Economics and Globalization
Rewriting Global Tax Rules: It Ain’t Over Til It’s Over
By Daniel S. Hamilton on July 8, 2021