The U.S.-Mexico Trade Deal: Is This the End of NAFTA?

In this phone briefing, senior Wilson Center experts discussed the implications of the U.S.-Mexico trade deal and what the next steps entail.

Tuesday
1:30pm – 2:15pm ET
This event will be made into an audio recording
Stream will begin in approximately —:—:—

Yesterday, after more than a year of negotiations, the United States and Mexico announced a trade deal that resolves several contested bilateral issues. However, this tentative deal does not include Canada, which will join in negotiations this week.

The deal has implications for jobs, manufacturing, and competitiveness across the continent. What does it mean for North American trade? What is the likelihood that the three countries will reach a trilateral trade agreement? What impact will this have on U.S.-Mexico relations?

Senior Wilson Center experts discussed the implications of the U.S.-Mexico trade deal and what the next steps entail in this telephone briefing.

“[Peña Nieto and Videgaray] want to actually end this story on a bright note – to be able to say, in the annals of history, that they didn’t make a huge mistake in that initial reaching out to Trump, and they were actually able to handle the bilateral relationship in an effective way. So I think you have that kind of wish on their part to finish the story the way they began."

“Given the fact that Canada backed up Mexico early on in these NAFTA negotiations, given the fact that there were reiterated declarations of solidarity between Canada and Mexico, I think yesterday’s statements on the part of Secretary Videgaray would really not have gone down particularly well in Ottawa and across the country.”

“I think one of the key questions as this is being announced is whether this new agreement is better than the old agreement. And for me, it’s only better than the old agreement if it’s trilateral at a minimum, because, certainly, a U.S.-Mexico trade agreement with the provisions that were laid out yesterday by the governments is just not as good as the trilateral deal we have right now, simply because ever since NAFTA, even before NAFTA was put in place, [and] especially since NAFTA was put in place in the 1990s, we’ve built across the nation a single production platform in which the three countries build products together.”

“I fear that this opens the door for a movement towards bilateral deals, which would be clearly worse in my opinion. Now I think that the bet on the side of the Mexicans is that they can succeed in reincorporating Canada and successfully bringing this to a trilateral conclusion. But that’s still to be determined based on what happens this coming week and perhaps into the next months as well.”

“NAFTA is a trilateral agreement and the reason for that agreement, the logic of that agreement, is to make the region more competitive. It does that by being a trilateral agreement, by connecting the economies of the United States, Mexico, and Canada all together in a single block, so a proposed bilateral deal is both very difficult to complete and implement and pass through Congress, and also just not as good as what we currently have. I would take that so far as to say that a proposal of a U.S.-Mexico trade agreement is virtually unworkable.”

"It helps clear away some of the underbrush in the broader negotiations that had been really progressing quite slowly, and even if Canada wasn’t sitting at the table, there are now a series of frameworks, proposals for them to consider, that weren’t there before.” 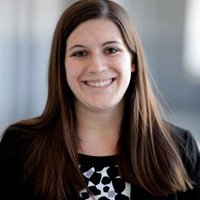 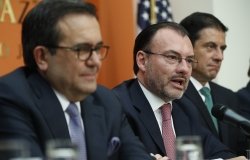