The Venezuela Crisis: What is Russia’s Role?

The isolation of the Venezuelan government continues to grow, as the United States and countries from throughout Latin America and Europe are imposing individual and economic sanctions on the regime of President Nicolás Maduro. Meanwhile, Russia has remained one of Venezuela’s staunchest allies. As Washington threatens to pursue harsher sanctions, Venezuela has turned to Russia as a source of economic and military support, offering the Kremlin, in turn, a useful platform to expand its influence in Latin America. The Wilson Center’s Latin American Program and Kennan Institute partnered to host a panel discussion on Russia’s role in the Venezuela crisis.

The isolation of the Venezuelan government continues to grow, as the United States and countries from throughout Latin America and Europe are imposing individual and economic sanctions on the regime of President Nicolás Maduro. Meanwhile, Russia has remained one of Venezuela’s staunchest allies. As Washington threatens to pursue harsher sanctions, Venezuela has turned to Russia as a source of economic and military support, offering the Kremlin, in turn, a useful platform to expand its influence in Latin America.

The Wilson Center’s Latin American Program and Kennan Institute partnered to host a panel discussion on Russia’s role in the Venezuela crisis.

“Everything that I have read and seen about what’s happening in Venezuela seems to be an understatement when you put it all together. It’s truly a crisis that’s greater than the sum of its parts.”

“The Venezuelan crisis… is the most profound economic and humanitarian crisis in modern Latin American history.”

“There has been a collapse of governance at every level, with the exception, perhaps, of the repressive apparatus.”

“Obama did move to impose individual sanctions, but in general, I think, was more focused on engagement and also on a multilateral approach to Venezuela… What we’ve seen under the Trump administration is certainly a shift toward more isolationism and a much more aggressive policy stance.”

“The sanctions, I would say, from an economic perspective, have really limited the government’s options. I mean, they were already limited, but I would say [they] reinforce that trend, and do, I think, make bilateral partners like Russia all the more important, just in terms of the few options that they have out there.”

“Venezuela is considered now as one of [Russia’s] political allies – a very weak one and very isolated – but still one of the few allies. While you are at war, even a cold one, you cannot forget about allies. I think that is one of the main reasons for Moscow to maintain relations with Venezuela.”

“Venezuela might be the last place in Latin America from where Russia would retreat voluntarily. It’s not because of economy – because the Venezuelan economy is not in the best condition and I do not know when the good conditions would return – but it’s a serious political game. At least at the moment, we can observe that Russian-U.S. relations still could be worse, and in this case, Venezuela… is one of the figures [that could be used] to win the comprehensive global game.”

“[Sechin] has been in Venezuela more than any CEO of any company by a multiple of many times… We have to consider how much this relationship is relevant separate from the purely geopolitical issue – how much the attractive contracts that they are taking are also a driver, either complementary [to] the more geostrategic issues that Russia cares about with the Venezuelan regime and also [in terms of] what would happen if there is a transition. My expectation is that Russian companies will continue to play some role in Venezuela in the future.”

“There is a possible future scenario in which...  Western companies become much less relevant [in Venezuela's oil sector] and the national companies of Russia and China become the biggest players in the country. That scenario – there are a few things happening that point to that scenario. One is the increasing sanctions on the U.S. side… The other one is the potential of default.”

“What I want to share with you is my skepticism about the idea that any single country – be it Russia or China or any other foreign country – can deal alone with the problems that Venezuela is facing and the magnitude not only of the crisis, but the social and economic collapse that Venezuela is experiencing at this point.”

“I do think for the regime, for chavismo as a whole, Russia is a key ally – but it’s a key ally in different ways. It’s providing interesting avenues of support for the government… that are key for stabilizing politically the regime and also for helping the regime to bypass international sanctions.”

“I think the key value for Russia in Latin America is geographical proximity to the United States, and it has been manifested in the way Russia conducts its foreign policy in Latin American for a long time.”

“If you look at the way the Russian media has portrayed the situation, how they have explained the crisis in Venezuela – they make the direct connection with the Ukrainian case, because they say the case of Ukraine is the result of U.S. interference… and the West’s aggressive action, so the same is happening in Venezuela. Many Russians think that they do understand, but they don’t know the reasons for the crisis in Venezuela.”

“I think we have to also take into account that we are witnessing now a very dramatic and rapidly changing global context. We are talking about elections in Venezuela and it is most likely that Maduro will win those elections. But please do not forget that Putin just won a similar kind of election… We know that relations between Putin and Chávez were really strong because both leaders trusted each other a lot. Perhaps this is not the case between Putin and Maduro, but this is the case between Maduro and Igor Sechin.” 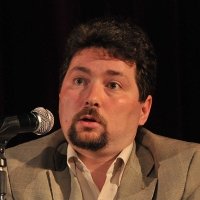 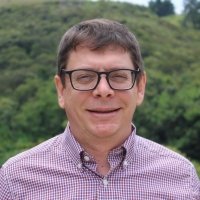 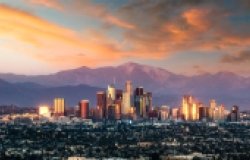