This year marks Ukraine’s 30th anniversary since its independence and transition toward a democratic system and a market economy. As part of our forthcoming book titled From "the Ukraine" to Ukraine: A Contemporary History, 1991-2021, the Kennan Institute asked several experts to examine this 30-year history of Ukraine’s economic and energy sector development. In this panel, experts who contributed to the book project discussed how Ukraine has managed the shift from a command economy to a relatively free market as well as the major achievements and shortcomings of this transition. They also examined the growth of the private sector and energy market and how this has influenced economic and political developments in Ukraine over time.

To learn more about the book and to purchase a copy, visit our collection page here.

Andrian Prokip
"The story of Ukrainian energy during the independence period is the story of swinging between populism and paternalism on the one side, and attempts to conduct reforms to make the sector efficient on the other side. It was the story of swinging between Russia and the West, the story of swinging between oligarchs’ interests. And during recent thirty years, Ukraine received many lessons in security and energy policy, but most of these lessons were based on mistakes that Ukraine did itself… The key enemies of energy reform in Ukraine are populism, paternalism, and oligarchic consensus. Ukrainian energy sector thirty years ago, in 1991, and today are completely different in terms of ownership and management but these are still very similar in terms of energies we use and patterns in energy balance, self-sufficiency, energy intensity, energy efficiency, and role of oligarchs."

"Pricing for final consumers is still unfinished business. When Ukraine became independent in 1991, there was no understanding of that since in that moment, another state, Russia, was supplying energy resources and Ukraine had to pay for it. So it took so long for consumers to understand they had to pay a real price."

"The physical characteristics of natural gas, for example, as opposed to a liquid type of energy like crude oil as opposed to coal, which is a bulk product, matter tremendously for the ways in which Russia could not only deploy them against Ukraine but also matter in terms of the way in which actors within Ukraine can use them."

Mykhailo Minakov
"The new risk emerges in recent several months, we see a lot of sanctions against oligarchs and it creates certain opportunities for a non-judiciary path. There is for example a case right now with the pipeline that is being taken away from allegedly Medvedchuk or his family members and here we are entering this situation that creates the possibility for someone else who has the opportunity to take it over."

"The book that we were working on blended into something very important… This cooperation of scholars from two different academic cultures has created something very valuable, also for themselves in terms of understanding how different the same science can be, being done in the soil of the United States or Ukraine."

Ilona Sologoub
"If you look at the numbers, you will see that the private sector is quite well-developed in Ukraine and privatization has been a success with thousands of primarily state-owned enterprises or entities sold in the middle of the 1990s. Also, a lot of large enterprises were sold in the 2000s. If you look deeper at that, you will see that anything that could go wrong, actually went wrong. This refers to selling the assets to people who we now call oligarchs, so people who got access to these assets and afterwards still continue to receive government support for their operations despite the assets being private."

"You could come up with the paradox that on the one hand the state is rather weak and not present in the private sector that much, but on the other hand, if you’re close to the state, you can get a lot of preferences for your enterprise and a lot of support from the state, so it’s like a complicated relationship, but there are people who know how to benefit from that." 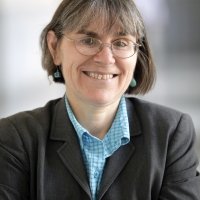