Ukrainian, Belarusian, and Russian Women in the Anti-War Movement

In light of Russia’s invasion of Ukraine, women from Ukraine, Russia and Belarus have come to the forefront in the fight against lies and propaganda about the war. Women have created solidarity groups and a huge resistance movement against war. Women have long called on the UN to flesh out how to implement Resolution 1325 (on women, peace, and security), as well as to impose sanctions on countries that have not implemented the resolution. But there is still a tremendous gap. This panel considered how women from Ukraine, Russia and Belarus will be able to unite in the struggle for peace, what resources are lacking, what the press hasn’t shown, and what help is demanded by the women’s anti-war movement.

“I strongly believe in our sisterhood and I’m totally sure that if we unite all the female projects, feminist projects, and women initiatives, we can win. The major questions that we are thinking about now is not just how to stop this crazy war but how to help refugees. This is a first question for all of us. How to fundraise some money for the projects like ‘Help to Leave,’ for example. This project was founded by the people from Russia and Belarus. As I understood, some people who are from Ukraine are there now. So, they have more than 300 volunteers from all over the world who help Ukrainian refugees.”

“We launched the petition for women, peace, and security. We did it at the third day of this war and we collected more than 50,000 signatures of Russians… People signed by their own against this war. The principles of this petition are devoted to United Nations Security Council Resolution 1325, which said that women should be on board, so when anybody discussed any questions in terms of peace and security… we as women should be on board.”

“I believe in the power of sisterhood. I see how Ukrainians, Belarussians, and Russian women help each other every day. I will not say that war is terrible and cannot be justified by anything. I think this position needs all people here, but I would like to note that it’s absolutely not all Russians who started the war. It was unleashed by very specific people, whose names you know. This war is absolutely not supported by Belarusians who are silent. Belarus has been under military occupation for two years now. It is not Belarusian troops that are attacking from the territory of Belarus but Lukashenko. The war was not unleashed by all Russians but by a specific Putin regime.”

“800 people were arrested at the last protest in Belarus, which is a lot for Belarus, especially after two years of state violence and torture and presence. Belarusians donate blood and help with humanitarian flourishing. Belarusians stand on the borders of Lithuania, Poland, and Moldova, helping refugees from Ukraine.

"Since 1994, in Belarus, we have had one President, Alexander Lukashenko—which I do not consider even as a human being. Almost two years ago, in August 2020, after another rigged election, my people started to protest peacefully on the streets of our cities. As of March 9th, 2022, the United Nations’ report of massive repression in Belarus in 2020, shows that over 13,000 people were arrested during the first five days of August 2020. And many of them were beaten and transferred to police stations and pre-trial detention centers.”

“As of today, there are over 1,100 political prisoners in Belarus and ten people died during the protest. And I believe that history has a tendency to repeat itself and today the same thing is happening in Russia. It feels like dictators were just practicing in Belarus to see how many people they can imprison, how many people they can injure—or even kill—with no consequences whatsoever.”

“I would like to say thank you to everyone who supports us in this difficult moment. Indeed, it’s the hardest time in our 31 years of independence… and the most difficult time since World War II… I want to be precisely sharp, straightforward, and truthful because the world deserves to know the truth and knowing the truth is one of the ways, and spreading the word is one of the ways, to stop this genocide of the Ukrainian nation… So, what is happening in Ukraine? No, it’s not a special military operation in Donbas aimed at the militarization and the de-nazification of our nation, it is a full-scale war.”

“In terms of refugees, according to the UN, the number is still rising—it’s three and a half million already—among which, 1.4 million children and 160,000 foreigners. More than that, six and a half million people were internally relocated within Ukraine. Regarding Russia, the official figures in Ukraine are 15,600 who have died… These people, they were someone’s husband, someone’s brother, and someone’s son. I’m very sure that it is in the Russian and Belarussian mother’s hands, women’s hands, to stop men from killing our people.”

“The war in Ukraine has been and will be catastrophic for women and girls across the region. Accounts are horrific and despite the profound pain and conflict that this conflict has caused, we in the region, are coming in solidarity. And this is both at a personal level and an organizational level. I am in touch with my friends who are fleeing Ukraine, daily on the phone… when one of them finally got on the plane to get here to the United States I was crying just because I didn’t believe it would happen.”

“I want this war to be over, I want all of us to rebuild our societies. We are a force that can do that. And we will do that, we’re doing it. But I think we also need to see the bigger picture, that women in the world and now in our region, are not protected from violence—any form of violence.”

“Until recently, we Russian journalists have done all we could to inform Russians about the terrible war Putin has started against Ukraine. My colleagues who remain in Russia will not be able to continue that work. The Russian state has de facto criminalized the journalist profession… I hope you have seen… or try to visit the Novaya Gazeta website and there is a great report from Elena Kostyuchenko, who is a woman. She was showing this atrocity of war… in Mykolaiv. But hundreds, if not maybe thousands, of independent journalists have already left the country.”

“Putin would probably be horrified if he learned how many people in the world, who speak Russian, do not want to be associated with a Russian Federation who bomb residential buildings, children’s hospitals, and maternity wards in a neighboring country in their name. The world does not associate them with Putin either.” 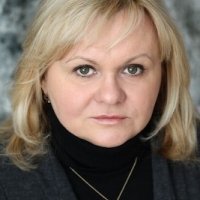 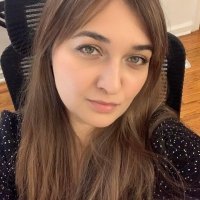 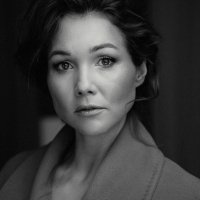 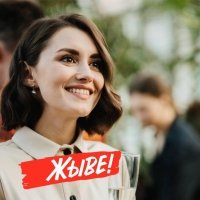 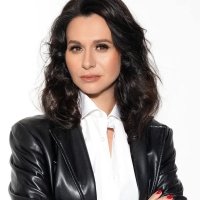