The U.S., Europe and NATO: A Counter-Putin Strategy

In his recent national address, Vladimir Putin laid out a vision for Russia that is at odds with the security and economic architecture that the West has counted for years. Can the U.S. and its Allies deter Putin’s aggression? Do we have the tools and strategy to effectively counter Moscow’s dark vision for the future?

To discuss these issues, Ambassador Mark Green held a conversation with Rep. Adam Smith, Chair of the House Armed Services Committee and recently returned from the Munich Security Conference.

“In the post Cold War world, we've all been trying to adjust because it certainly seemed like a better world where you didn't have the Soviet Union and the U.S. going at each other. But it was also an ill-defined world. Now, during certainly the last 20 or so years of the Cold War. We knew what we were looking at. Here, it was hard to say, what is Russia going to be? What is Eastern Europe going to be? How is China going to fit into all of that? Well, what has come about, and this is deeply regrettable, but Putin has presented a grave threat to Europe, to global security instability. It's focused the mind and brought a clarity of purpose. And that is to make sure that Russia doesn't upend the international order that we've all been working so hard to keep in place."

"And I would certainly say, you know, I certainly feel that we are in a stronger position than Russia on a whole series of issues. Without question, you know, Putin has made a lot with a little, but now that he has 100% revealed himself, our assets outnumber his and I think we need to begin to employ those. And like I said, that means shoring up the military strengths of our NATO allies: Poland, Romania, the Baltics. We need to recommit to building that that military defense and we need to be more aggressive in the cyber and information warfare arena as well. You know, this is now a full on conflict, even if we're not actually shooting at each other. I also think that we need to, outside of Ukraine obviously, NATO is not directly confronting Russia. But I also think we need to answer the question of how aggressive do you want to be supporting a Ukrainian insurgency because that's the really interesting question here. Right, look, we've got 150,000 troops going into Ukraine. I think the United States can speak with experience about how limited or effect 150,000 troops can actually have in a country. And Ukraine is a bigger country than Afghanistan, certainly in terms of population, so he's gonna have a devil of a time. He is not going to be able to contain Ukraine if Ukraine does not cooperate."

“Oh, absolutely. It's something that you struggle with in any conflict in life. You know, there's a fine line between deterrence and provocation. I think anyone who sort of says: 'weakness invites aggression' is one of the favorite phrases out there. The only thing I'll tell people is 'aggression also invites aggression.' It is it is a balanced calibration to figure out how to present a reasonable deterrence, that can't be considered to be a provocation. And of course, that's what Putin was looking for. You know, he was looking for some provocation that would justify what he was going to do anyway. And I actually think the U.S. and our allies did a very good job of not giving him that provocation. It is now clear, beyond any shadow of a doubt, that the responsibility for this war is his. He decided to invade because it was what he always wanted to do. On the other hand, if there are deterrents, if there are things you can do that can stop an invasion, then you have to do them. And just to give you one concrete example right now, we have to shore up our NATO allies in the region. I don't think we're in a position anymore to just sort of negotiate with Russia. They've made it clear that they will use military might. So, we have to have the sort of the same level of deterrence to protect our new NATO allies in the East that we had in the rest of Europe during the Cold War. Putin has presented that grave of a threat.” 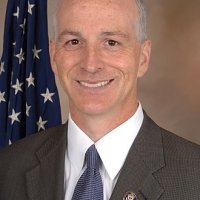