The COVID-19 pandemic is having a profound impact on existing gender disparities in Latin America. Governments imposed lockdowns and shelter-in-place measures, which have in turn aggravated many of the region’s inequalities.

Three of the main areas in which we are seeing profound impacts of the COVID-19 pandemic on gender disparities are: economic inequality, responsibilities for care work, and gender-based violence. On the economic front, according to UN Women, 126 million women in Latin America work in the informal economy, the sector most impacted by the lockdowns. Meanwhile, in the formal economy, the sectors most hit by the pandemic employ a majority of women, notably the hospitality and food industry. Likewise, 75% of health workers active on the front lines are women. We know that a lack of child and elder care supports from the state and employers was, prior to the pandemic, a major obstacle to low-income women’s economic advancement because men have not shared evenly in these care responsibilities. Closures of schools due to the pandemic, among other measures, have likely exacerbated the disparities in care work responsibilities within families and communities. Finally, violence against women is on the rise with governments and law enforcement scrambling to put in place safe and effective policies to protect women.

“Observers of this pandemic have noted worldwide that the COVID-19 virus has not been an equal opportunity virus. Instead it preys on inequality, both in its epidemiological and in its social impacts. In other words those individuals that have already faced societal inequalities in the pre-COVID-19 period, have felt the effects of COVID-19 the most.”

“Gender inequalities in the Latin American region appear to have been exacerbated by the coronavirus. And because gender inequalities intersect with other forms of inequality, like ethnicity and economic status, women and men across the region are experiencing these disparities to different degrees and in different ways. Three areas that we are seeing profound impacts of the COVID-19 pandemic on gender disparities are economic inequality, responsibility for care work, and gender-based violence.”

“Although data from the region is still missing, based on what we know, I feel pretty confident to say that the crisis will exacerbate the gender gaps already present in Latin America, placing women in a more vulnerable situation than men…. Prospects for women, particularly the poorest women in the labor market, are not optimistic.”

“Latin America is a region that is characterized by an extremely high level of informality that was close to 56% previous to the crisis; this, despite significant improvement in terms of formal sector jobs over the boom period of 2000 to 2013. But that was both for men and women. However, informality is still present and significantly very high, especially among the poorest women, who are primarily self-employed, or are domestic workers. In fact, in ten out of 16 countries, women are still overrepresented informal workers.”

“Although women are more educated than men nowadays, they still tend to be in lower-paying jobs."

“The rapid spread of COVID-19 and the institutional measures that are being implemented in most countries to produce social isolation have underlined one of the weakest links in our society: care issues. One of the lessons to be learned from this pandemic emergency refers to the invisibility of care. Also, we can say that this is a great opportunity to make care issues visible.”

"We have a lack of implementation of specialized laws to prevent and eradicate violence against women and girls. Only half of the countries in the region have legislation specialized on femicide. We have only second-generation legislation in 20 countries of the region. We’re still struggling with the definitions of violence, even political violence, violence against women in positions of power, and that’s something that is very important to determine the crimes to make sure that there is no impunity that creates a society that tolerates this kind of violence.” 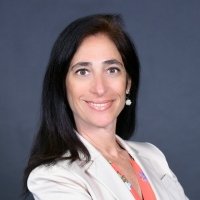 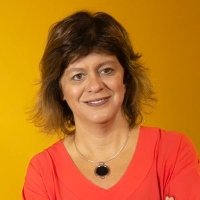 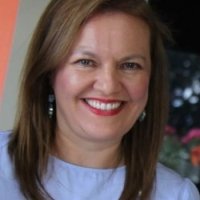 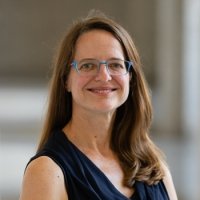