Skip to main content
Support
Explore More
Close
Publication
Security and Defense
Where Do We Go from Here? Merida 2.0 and the Future of Mexico-United States Security Cooperation
Share on FacebookShare on TwitterShare via Email
Share
Watch Now
Part of the Rule of Law
Event

Where Do We Go from Here?: Merida 2.0 and the Future of Mexico-U.S. Security Cooperation

The Wilson Center's Mexico Institute released a new report, "Where Do We Go from Here? Merida 2.0 and the Future of Mexico-United States Security Cooperation," as experts reflected on the experiences of the past 11 years, discussed what has worked, and suggested new approaches to future security cooperation.

The inauguration of Mexican President Andrés Manuel López Obrador on December 1, 2018 opens a new era in the country's security relationship with the United States. For the past 11 years, the United States and Mexico have anchored that relationship in a policy of shared responsibility where increased collaboration to address common security challenges has been the hallmark. Often referred to as the Merida Initiative, the content and particular focus of the strategy has evolved with successive presidential transitions but has remained true to a central agenda of dismantling transnational organized crime; strengthening the institutional capacity of Mexico's law enforcement and security forces; improving border security; and investing in communities to prevent crime and lower violence.

The Wilson Center's Mexico Institute released a new report, "Where Do We Go from Here? Merida 2.0 and the Future of Mexico-United States Security Cooperation," as experts reflected on the experiences of the past 11 years; discussed what has worked; and suggested new approaches to future security cooperation.

“There needs to be a shift towards rebuilding the state at the local level.”

“Unless you rebuild the capacities locally, at both the municipal and state levels, the problem will persist. That’s what organized crime takes advantage of the weaknesses of the state at the local level.”

"Mexican law is ambitiously ambiguous for a reason, and it’s something that comes from Mexico’s colonial times; when they would receive instructions or new laws from Spain, the instruction was 'Aplíquese mas no se acate.'" [translation: 'Implement it, but don't operationalize it.']

“In the case of corruption, Mexico does not need austerity. It needs an exorcism, frankly, and by exorcism I mean an exorcist of technology – specialized training and a very strong operational foundation to go after corruption.”

“As López Obrador’s government moves forward on their agenda of wanting to address violence, corruption, [and] human rights violation, you need a functional criminal justice system.”

“One of the concerns that we have seen in the National Plan on Peace and Security is that there hasn’t been, so far, from his administration, a state of priority focusing on judicial reforms… On the contrary, it’s mostly focused on increasing penalties for crimes, which is not necessarily the best way to really get it done to the widespread of impunity in Mexico.” 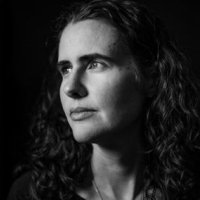