The Fall issue of the Wilson Quarterly examines human migration around the world, its multiple causes, and solutions to what is becoming an urgent and growing crisis. Several contributors joined Wilson Center Director, President, and CEO Ambassador Mark Green in conversation to launch the issue, which includes articles, essays and an interactive feature, from global leaders, journalists, scholars and refugees themselves. 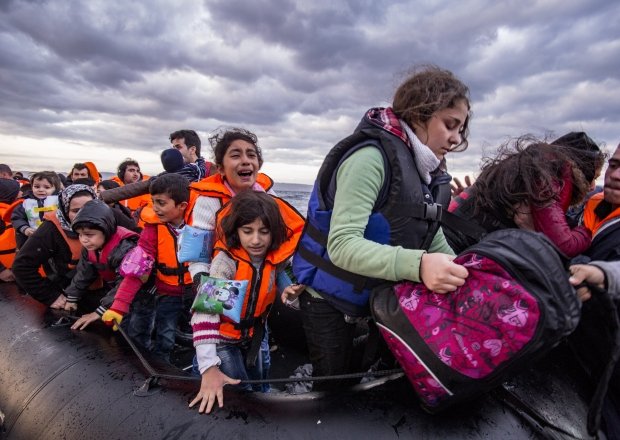 Scenes from the Global Displacement Crisis

“I spent 13 years in the refugee camp and displaced camp in Ethiopia and in Kenya, and in those 13 years, I have come to realize that the way we talk about force displacement now, we are talking in a passive way, so I want to bring the human dimension of forced displacement to the discourse.”

“Human response to forced displacement is along a continuum. On one side of the spectrum is depression, on the other side is what is called the post traumatic growth, and then in the middle is resilience. The narrative always focuses on the depression or PTSD side of the forcefully displaced person. So, we can talk about that, but also complete the continuum in discussing the narrative. I want to approach the forced displacement from a resilience lane, or you know a combination of resilience and human dimension, which focus on expanding refugee choice to life, choice to education, and those things that are often not brought up to the discussion. I am here as a success story of those numbers that have come here through the goodwill of this country, and other success stories like mine. I think I want to focus on the human dimension.”

“Speaking about resilience, I have four coping mechanisms that I use, and I think they apply to anybody, but the story of the refugees captured these four. One, is a cultural upbringing, we need to understand where the refugees were before they were forced to leave their homelands… Second, and the reason why cultural upbringing is very important is because it’s at a frame of reference, so when you are facing all these adversities of forced displacement, you have something to refer to, what I call the mental toolbox and in my dad’s words… ‘be strong-willed, be courageous, never give up and do not let anything weaken your heart’... The second strategy for resilience is religious faith… and another factor is community network, so when we were displaced, we banded together in a group of brothers and sisters and made our way out of the adversity. And then, finally, for resilience you need something to cling to, something to replace what you left.”

“This larger challenge of displacement, not only the reasons for it, but how difficult it can be to really get people comfortable in coming home when, among other things, they continue to be concerned about their own security… and it can be very difficult to rebuild that base, that foundation of trust among a larger community in a nation to bring people home safely in a dignified manner.”

“If people don’t trust that they’re going to be safe when they go home, they are not going to go home and that’s the biggest challenge we still face in northern Iraq… I think one thing that Americans and others around the world don’t fully appreciate about the refugee crisis globally is that there is a permanence to it. Once people get ejected from their homes, one way or another they wind up putting down routes where they have moved. Either they are not comfortable going back for security reasons or others, and creates a whole other problem of integration.”

“What gives me real hope, is actually at the individual level… the resilience at the individual level I think is very important for us to appreciate and understand. I certainly saw it among my former colleagues, my friends and new friends in Albania. Refugees are not passive victims, they have been forced from their homes for calamitous reasons but they are looking to start new lives, they are looking to recover and move forward and…that kind of resilience, that integration, that personal quest to move forward as an individual and as a family unit, I find really inspiring.”

“Three times as many people are being displaced due to weather related disasters… as my colleague Andre Harper at the UNHCR who is a special advisor on climate change there likes to say, 90% of those who are already refugees are in fragile conflict-affected states that are also experiencing the highest rates of climate change impacts.”

“I was part of a refugees international task force looking at giving the Biden administration policy recommendations around climate change and displacement issues, and we found that there are two big buckets of work to be done… prevention is one and the other is protection. I think prevention is very simple, especially from the U.S. side, which is mobilizing financing, and so that includes investing in climate change adaptation and disaster reduction in the context of climate change, enabling people to stay in climate fragile environments if they would like to do so, but then also acknowledging that migration or displacement may be an eventual reality for folks, and planning accordingly for that with this protection phase of investment and intervention.”

“[There is] this nexus between humanitarian intervention and development, and it’s so important because one of the biggest proxies we have for vulnerability to climate change is poverty… [there is a] need to be resilient, and I think part of that is having access to land, owning your own land, and being able to put inputs into it, into the future...This is quite important in the context of climate change because I have actually worked with the research group that shows that the more land you have, the more access to land you have, the more you are able to diversify what kind of agriculture you are doing, so it's very important for any sort of adaptation into the future.”

“There are nearly 83 million people displaced around the world today. Refugees, internally displaced people, or IDPs, asylum seekers, and more. Simply put, tens of millions of people are not where they were, not where they are going to be, and more and more young people are growing up in displaced settings, and world leaders don’t seem fully prepared to confront the causes or the consequences of these extraordinary trends.” 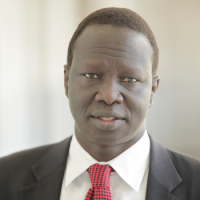 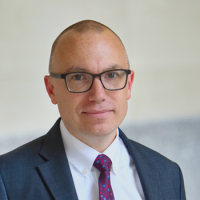 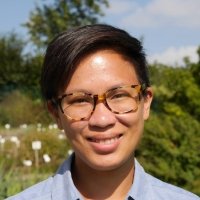