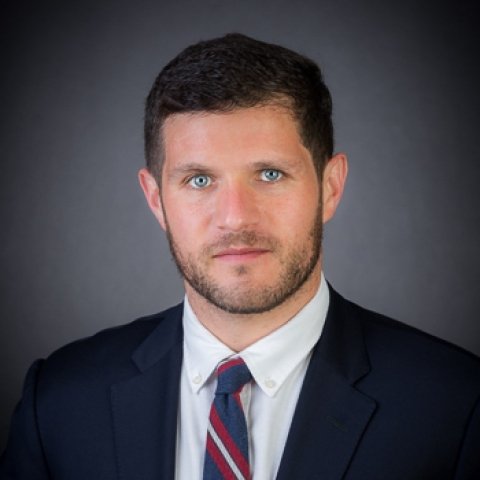 Isaac B. Kardon, Ph.D. (孔适海) is an Assistant Professor at the U.S. Naval War College (NWC) in the Department of Strategic and Operational Research. He is a core member of the China Maritime Studies Institute (CMSI), where he researches and writes on maritime disputes, PRC overseas port development, the law of the sea, Indo-Pacific maritime security and commerce, and China-Pakistan relations. Kardon’s book, China’s Law of the Sea, covers PRC approaches to its maritime disputes and is forthcoming from Yale University Press. His other work has been published by Stanford University Press, Routledge, the University of Pennsylvania’s Asian Law Review, Global Asia, and elsewhere. Isaac also serves as managing editor of the CMSI Red Book series of monographs on Chinese maritime power, and teaches classes on Chinese politics and foreign policy to American and foreign students at NWC.

Kardon earned a Ph.D. in Government from Cornell University, an M.Phil in Modern Chinese Studies from Oxford University, and a B.A. in History from Dartmouth College. He was a China & the World Program post-doctoral fellow at Princeton University, a Research Analyst at the National Defense University’s Center for the Study of Chinese Military Affairs, and a Visiting Scholar at NYU Law, the PRC National Institute for South China Sea Studies in Hainan, and Academia Sinica in Taipei. He studied Chinese (Mandarin) at Peking University, Tsinghua University, Hainan University, and National Taiwan Normal University.

Publication
Great Power Competition
The 2020-21 Wilson China Fellowship: Essays on the Rise of China and Its Implications
Loading...
Show more