Sergio Aguayo has been a professor and researcher at El Colegio de México since 1977. He has also taught at the Centro de Investigación y Docencia de Económicas (CIDE), the Universidad Nacional Autónoma de México (UNAM) and at a number of other national and international universities. He is a frequent writer for newspapers and magazines, most notably Reforma and was a founding member of the newspaper La Jornada. From 1990 to 1996 he was president of the Mexican Academy of Human Rights and from 1994 to 1999 he was a member of Civic Alliance, one of Mexico’s most prominent NGOs.  Dr. Aguayo is President of the Board of Directors of Fundar, Centro de Análisis e Investigación. His most recent publications include The Mexican Almanac (2008), Mexico-United States Almanac (2005) and Diagnosis on the Situation of Human Rights in Mexico (2003). Sergio Aguayo received a BA in International Relations from El Colegio de México and completed his MA, PhD, and postgraduate studies at Johns Hopkins’ Paul H. Nitze School of Advanced International Studies (SAIS). 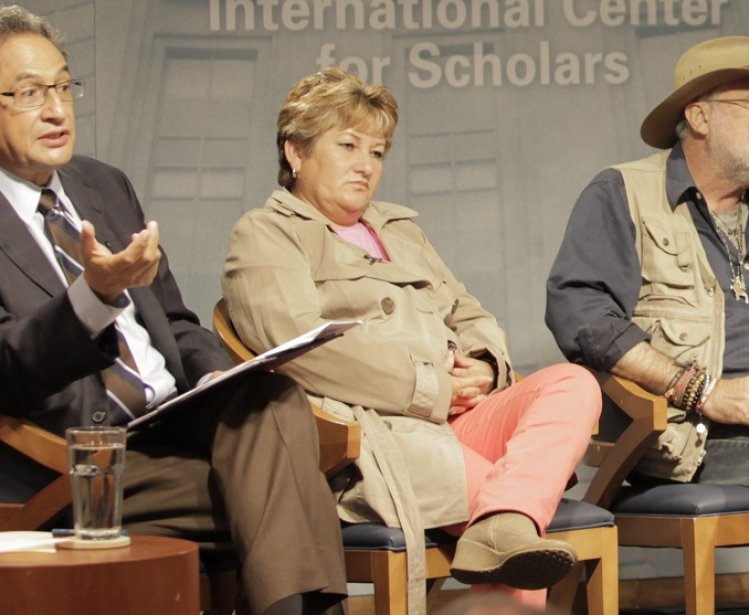 Article
Remarks at the Woodrow Wilson Center. The Societies of Mexico and The U.S. September 11 2011.