147. The Politics of Language In Romania and Moldova

Since the early 1990s, much of Romania's cultural politics has revolved around two crucial questions that have divided political and cultural elites in the region for much of this century. First, what does it mean to be Romanian in an ethnic or national sense? And second, how do non-Romanians fit into the politics of a country that is defined in the first sentence of its constitution as a "national and unitary" state? In other words, how does "Romanianness" relate to the boundaries of the Romanian state? Nowhere are these issues as strikingly revealed as in the politics of language. Many of these questions have equal importance in the "other" Romanian state, the Republic of Moldova, although the Moldovan case provides some instructive contrasts.

I define "the politics of language" as the decisions of governments, scientific academies, social organizations, and other groups regarding the use and status of languages within states, the political interests that underlie these decisions, and the political consequences that follow from them. One component of language politics is "corpus planning," that is, planned changes in the alphabet, grammar, or vocabulary of existing languages, or the creation of wholly new languages based on indigenous or borrowed roots. Another component is "status planning." Status planning involves the determination by official or officially-sanctioned bodies of the use of different languages in various public spheres. Such policies might include naming a particular language or languages as "official" and then determining what "official" means in practice.

Romania has presented a classic problem of status planning, principally for the Hungarian minority. Since 1989 Romania has been caught in a vicious linguistic spiral: the main Hungarian umbrella party, the Democratic Alliance of Hungarians in Romania (UDMR), normally placed proposals for greater Hungarian-language use within broader demands for cultural or even political "autonomy." The term "autonomy" in turn set off a reaction across the political spectrum in Romania, prompting the most vocal ultra-nationalist groups--especially the Party of Romanian National Unity (PUNR)--to call for a reaffirmation of Romania's unitary and national character.

This dynamic remained in place from 1989 through 1996, with 1995 being perhaps the nadir in Romanian-Hungarian relations. Several things combined over the last two years to change things. First was the self-destruction of the ultra-nationalists. Some groups, such as the Greater Romania Party (PRM) or the Socialist Labor Party (PSM), are now generally seen as an embarrassment by most Romanians. In addition, the PUNR has split internally into two separate and weakened camps. Second, language issues have become far more than just an internal human rights matter. Romania is now committed to a variety of international norms on language rights, not only through the Council of Europe, but also through the European Union. (Romania hopes to bring educational policies in line with those of the EU in order to facilitate accession talks.) Furthermore, the September 1996 interstate treaty with Hungary commits the signatories to providing "adequate possibilities" for education in minority languages. Language is thus as much a problem of international relations as of domestic politics.

While the Republic of Moldova certainly has its share of language status-planning problems (especially with respect to the Russian language), the more intriguing dimension in Moldova involves language corpus. Until 1989 Moldova used the Cyrillic alphabet for writing a language that was, by that time, no different from standard Bucharest Romanian; in part of Moldova, the separatist Transdnistrian Moldovan Republic, the old script is still used in schools and on street signs. Even after shifting to the Latin alphabet, some Moldovan officials continue to insist that the designated "state language" is an east-Romance idiom somehow separate from Romanian. Despite several attempts to change the situation, the official separation of Romanian and "Moldovan" remains enshrined in Moldova's constitution.

Unlike other cases of disputed languages, however (such as Macedonian), the Moldovan government has done little since the 1950s to increase the actual linguistic distance between Romanian and "Moldovan." There has been no reworking of grammar to reflect indigenous usage, no introduction of newly invented words, no changes in spelling to separate the two languages. The differences between these two languages have for four decades been more stipulated than cultivated. The perplexing case of the Moldovan language is now one in which political groups within Moldova insist that a separate language exists while doing nothing to make it so.

Whether in Eastern Europe or elsewhere, language is a powerful and emotive issue because, next to skin color, it is the most evident ascriptive indicator of membership in a given social group. Officially standardizing one language or linguistic trait accords higher prestige in government, education, and other spheres to those speaking it over those who do not. It can also have a major impact on employment, social mobility, personal security, and economic advancement. Language questions, whether they concern the use of different languages in public spheres or obscure questions of spelling and grammar within a language, often are the very stuff of politics, not its mere symbols. In the Romanian and Moldovan cases, language issues will remain fundamental to inter-ethnic relations within both states, as well as to the vexed question of how Romanians and Moldovans relate to each other. 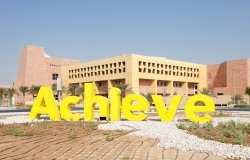 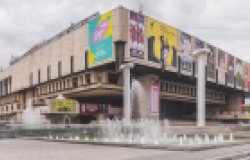