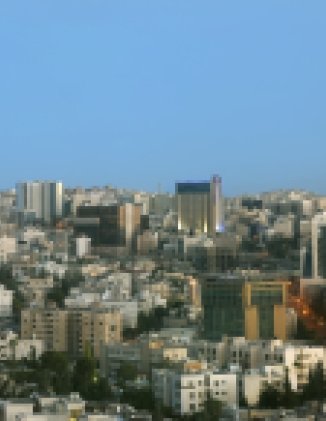 Jordan has a GDP of about $89 billion with $9,200 per capita. Its economy is concentrated in services at about 66 percent with 4.5 percent employment in agriculture and about 28 percent in industry. Jordan lacks oil wealth and water is scarce and expensive. Most water is consumed in cities, though over 90 percent of Jordanians have access to improved drinking water and sanitation in both urban and rural areas. Its main industries and exports include tourism, Information technology, apparel, fertilizer, phosphate extraction, pharmaceuticals, chemicals, and light manufacturing.

The 2003 invasion of Iraq disrupted Jordan’s economy by cutting subsidized fuel imports which kept energy prices low. But the kingdom maintained strong GDP growth between 2004 and 2008 which reached a substantial 8 percent. Consumption was increasing and trade ties to the United States and Israel were deepening, but the 2008 financial crisis drained foreign investment and unemployment worsened. The civil war in Syria dealt a substantial second blow. Syria was a major exporter of manufactured goods to Jordan and pathway for goods from Turkey and Europe.

Jordan’s population is around 10.5 million with a growth rate of 2 percent and workforce at 2.295 million. However, more than 70 percent of Jordanians are under the age of 30 – measuring about 22 percent of the total population. With such a young population, hundreds of thousands are expected to enter the labor market every year. Total unemployment stands at 18.3 percent, higher than in previous years, but unemployment of youth ages 15-24 has reached 40 percent, and among women of that group a staggering 48.8 percent. Meanwhile, the influx of Syrian refugees threatened to disrupt an already enfeebled labor market. Jordan needs to invest substantial resources into education, but of 61,000 university graduates in the year 2017, only 48,000 jobs were created and only 34 percent of graduates find jobs within the first 6 months, contributing to chronic unemployment among tertiary educated youth.

Jordan has also traditionally hosted a large number of expatriate workers. Though not nearly the same proportions as Qatar and UAE, Jordan’s workforce was once much smaller and many educated citizens took well-paying jobs in the Gulf while construction and agricultural work was done by Egyptians and South Asian workers. Currently, there are over 300,000 registered and around 500,000 undocumented foreign laborers in Jordan, making non-Jordanians an estimated 27-33 percent of the total workforce. The manufacturing facilities in Jordan’s Qualifying Industrial Zones (QIZs) are mostly staffed by foreign workers. Many workers become undocumented when they leave a permitted job for one in a prohibited sector. Similar to Saudi Arabia, Jordan has introduced fees and limited new visas in order to free up those jobs for Jordanians.

Jordan has a legacy of hosting refugees. Several waves of Palestinians in 1967 and 1974 are still considered displaced. Several hundred thousand Iraqis arrived in Jordan as “guests” after 2003 with limited visas, though many remain. The Syrian civil war has created by far the biggest impact; the UNHCR estimates about 660,000 Syrians reside in Jordan, but censuses estimate up to 1.3 million. As the crisis unfolded, the government broke from the past by restricting refugees to camps in order to insulate the weakened job market. Nevertheless, the vast majority of refugees live precariously in Jordanian cities and compete with foreigners for lower skilled jobs which the government is increasingly withholding for Jordanians. In January 2016, Jordan was offered World Bank financing to begin offering work permits to Syrians and has issued 122,224 by October 2018. Hopefully these efforts continue, but it establishes another stream of workers into a constrained market.

Given its scare natural resources, Jordan’s planners are pushing for a greater service economy and investment in human capital. Since King Abdullah II took control in 1999, Jordan has made significant investment in ICT infrastructure and boasts broad internet and cellular phone connectivity which has attracted companies like CISCO. Now the government is leading an effort to increase local entrepreneurship by providing tax incentives and financing incubators and startup hubs, with ambitious goals of becoming the base for the Arabic cloud service and developing the first Arabic speech recognition AI. Indeed, over 70 percent of original Arabic content online originates in Jordan.

But a healthy business environment for ICT isn’t enough to absorb all the youth entering the market every year. Jordan needs to increase opportunities to get the job skills and training needed to enter the workforce. The first priority in the Ministry of Labor’s 2017-2021 strategic plan is to, “improve governance of the employment sector, training, and technical education,” in order to develop human capital. Complaints of skills mismatch and poor preparation for the job market are already rife among youth and employers. Jordan has an existing network of technical and vocational training schools, but they aren’t well calibrated to labor demand. In addition to being largely dismissed by Jordanians, observers found they were still turning out workers in declining industries like tourism. In 2014, USAID along with the Jordanian government and its partners launched a 4 year workforce development project focused on training career guidance counselors, implementing career centers in vocational training schools, and launching Employment Promotion Units. EPUs attracted over 15,000 applicants and trained and placed over 5,000 Jordanians in jobs in the food production, clean energy, and garment sectors.

Though the Jordanian government and international donors are directing resources to workforce development, vastly more must be done. Jordan faces a challenge of balancing youth career development in the near term while simultaneously reforming an overburdened and stagnant education system. Positive advancements are taking place in the technical and vocational training approach but large shifts in public attitude must come with a boost in private sector demand for qualified workers. We aim to assess the view at the ministerial level and propose how the government and the development community can emerge from their silos and create substantive change.