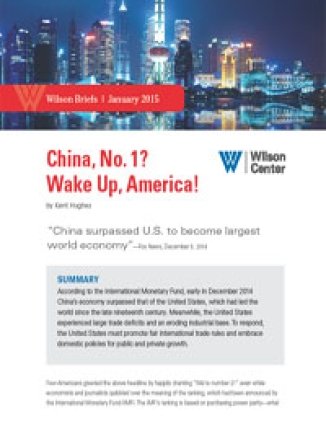 According to the International Monetary Fund, early in December 2014 China’s economy surpassed that of the United States, which had led the world since the late nineteenth century. Meanwhile, the United States experienced large trade deficits and an eroding industrial base. To respond, the United States must promote fair international trade rules and embrace domestic policies for public and private growth.