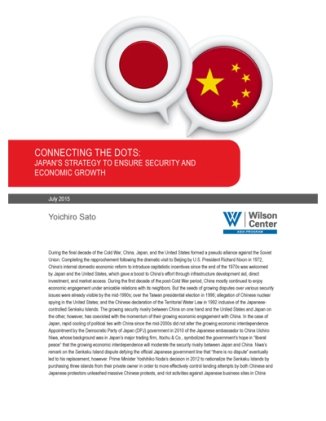 Growing security rivalry between China on the one hand and the United States and Japan on the other has not shaken economic engagement between Beijing, Tokyo, and Washington. But how can regional economic integration and an enhancement of U.S.-Japan military cooperation move forward? Ritsumeikan Asia Pacific University’s Yoichiro Sato discussed the increasing synergy between economic growth and security ties and Japan-China relations in his essay, “Connecting the Dots: Japan’s Strategy to Ensure Security and Economic Growth.”