Skip to main content
Support
Explore More
Close
Event
Security and Defense
Central America’s Security Challenges: Has U.S. Assistance Helped or Hindered? How Can it Improve?
On Thursday, December 11, 2014 at 9:00 – 12:00 ET
Share on FacebookShare on TwitterShare via Email
Share
Part of the Wilson Center Reports on the Americas
Publication

Crime and Violence in Central America's Northern Triangle: How U.S. Policy Responses are Helping, Hurting, and Can be Improved (No. 34) 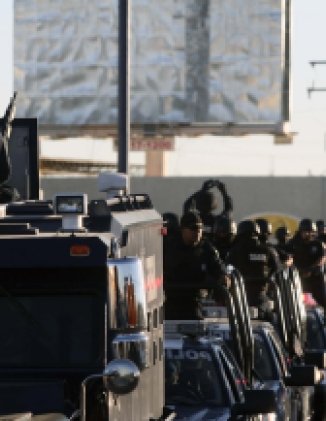 Crime and Violence in Centr... by on Scribd

The full report and summary materials are available for download below.

The countries of Central America’s Northern Triangle—El Salvador, Guatemala, and Honduras— face challenges ranging from some of the world’s highest homicide rates, rampant extortion, communities controlled by youth gangs, domestic violence, impunity for most crimes, as well as economic despair and lack of opportunity.

The recent wave of migrants driven by these factors has underscored chronic problems in the region that stem back decades. It is often assumed that international drug trafficking explains the surge in violence since 2009, but other important factors are also at play.  Drug trafficking is certainly a factor, especially in areas where criminal control of territory and trafficking routes is contested, but drugs do not explain the entirety of the complex phenomenon. Other factors have also contributed.

While there are important differences among the three countries, there are also common factors behind the violence.  Strong gang presence in communities often results in competition for territorial and economic control through extortion, kidnapping and the retail sale of illegal drugs. Threats of violence and sexual assault are often tools of neighborhood control, and gang rivalries and revenge killings are commonplace. Elevated rates of domestic abuse, sexual violence, and week family and household structures also contribute as children are forced to fend for themselves and often chose (or are coerced into) the relative “safety” of the gang or criminal group.  Likewise, important external factors such a weak capacity among law enforcement institutions, elevated levels of corruption, and penetration of the state by criminal groups means impunity for crime is extraordinarily high (95percent or more), and disincentives to criminal activity are almost non-existent.  Public confidence in law enforcement is low and crime often goes unreported.

Over the past year, the Woodrow Wilson Center’s Latin American Program has undertaken an extensive review of the principal United States security assistance program for the region—the Central America Regional Security Initiative (CARSI).  This review has focused on the major security challenges in the Northern Triangle countries of El Salvador, Guatemala, and Honduras and how CARSI seeks to address these.  This publication includes country reports on each country including a review of the current in-country security context, as well as assessing CARSI’s effectiveness for addressing these challenges.  The report also includes a chapter providing an in-depth analysis of the geographic distribution of homicides and an examination of how such an analysis can help policy makers design more effective targeted strategies to lower violence. A final chapter outlining policy options for the future completes the report.