Skip to main content
Support
Explore More
Close
Publication
Border Security
The Anatomy of a Relationship: A Collection of Essays on the Evolution of U.S.-Mexico Cooperation on Border Management
Share on FacebookShare on TwitterShare via Email
Share
Part of the Recent Publications
Publication

Homeland Security as a Theory of Action: The Impact on U.S./Mexico Border Management 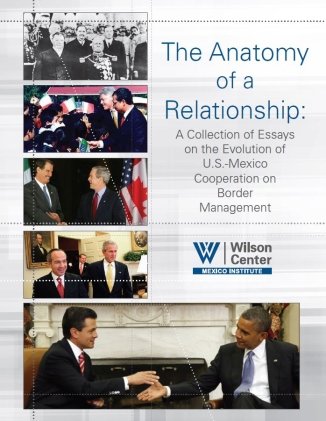 The terrorist attack on 9/11 in effect closed America’s borders.  The drawbridges were raised, airports and seaports shut down and cross-border traffic at land ports of entry was reduced to a trickle.  Defense and security and enforcement became the exclusive orders of the day.

The U.S. reaction generally and particularly on the Southwest Border was understandable, though it remained more instinctive than considered.  We had experienced a new vulnerability in our “homeland,” a concept that seemed foreign, strange and distant before 9/11.  Reflexively we retreated behind our borders and hunkered down behind the boundaries of Fortress America.

It soon became evident that the costs of “hunker down security,” i.e. the impact of closing the borders, would deliver an unacceptable, catastrophically self-defeating blow to our economy.  The events of 9/11, accordingly, initiated a wrenching turn in the way Americans viewed globalization and the manner in which their government understood and practiced internal security and external defense.  Policymakers were compelled to formulate new theories of action and respond to a dramatically altered threat environment.  Specifically, policy makers grappled with the challenge of how to secure the homeland in a world that was increasingly borderless.  The evolving policy and operational results may be the lasting legacy of September 11, 2001.

This paper examines these developments from the perspective of the relationship between Mexico and the United States and their shared management of a common border.  Although the emergence of a U.S. homeland security doctrine has significantly affected all trade and travel to and from the United States, it has had special importance for and a distinctive impact on U.S. - Mexico bilateral relations.

The above text is an excerpt from the introduction to the essay. This essay is part one of our series "The Anatomy of a Relationship: A Collection of Essays on the Evolution of U.S.-Mexico Cooperation on Border Management." 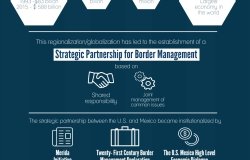 Article
Border Security
Infographic | Homeland Security as a Theory of Action: The Impact on U.S./Mexico Border Management
By Andrea Tanco on November 10, 2015