Skip to main content
Support
Explore More
Close
Article
Science and Technology
Thing Tank: How are Innovative and Accessible Physical Tools Changing Science?
By Alison Parker on May 19, 2020
Share on FacebookShare on TwitterShare via Email
Share
Part of the Synthetic Biology Project
Publication

Poll: Risks and Benefits of Synthetic Biology and Nanotechnology 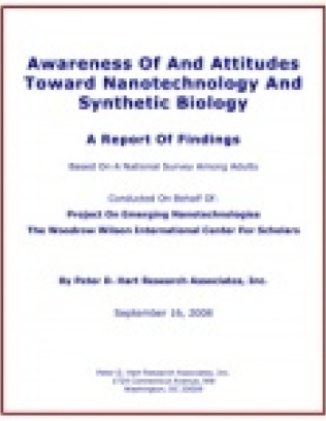 From August 20 to 25, 2008, Peter D. Hart Research Associates conducted a nationwide survey among 1,003 adults about awareness of and attitudes toward both nanotechnology and synthetic biology. Nearly nine in 10 Americans say they have heard just a little or nothing at all about synthetic biology, according to this 2008 report summarizing the survey findings.