Skip to main content
Support
Show
Streaming
Preparations and Challenges Ahead of Brazil's 2022 Presidential Election
Explore More
Close
Blog post
Migration
Over Half of African Young Adults Are Likely to Consider Leaving Their Native Country
By Ambassador Mark Green on July 5, 2022
Share on FacebookShare on TwitterShare via Email
Share
Publication 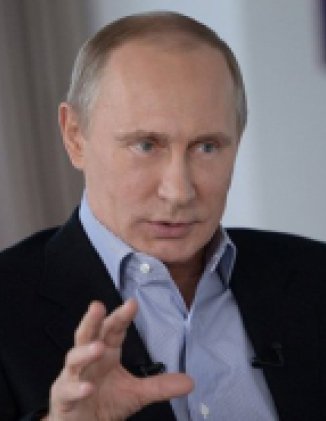 Under normal market conditions, for example, the recent collapse of the Russian ruble should have spurred exports, domestic manufacturing and foreign investment because a weaker currency makes Russian business more competitive both domestically and internationally. Yet a dramatic rebound in any of those economic arenas remains unlikely not just due to sanctions but also because of the entrenched structural weaknesses of Putin’s system.

In particular, Russia lacks a diversified economy, a vibrant entrepreneurial class, the rule of law and a stable business environment that can support a fast economic turnaround. In addition, this crisis has sparked Russian anti-Western and isolationist rhetoric that makes Moscow’s road to recovery significantly more difficult.

Putin’s pursuit of greater imperial glory has brought an unrelenting stream of bad economic news. The dramatic collapse of the price of oil means a decline in state revenues and less money for Putin’s ambitious military and social spending projects. Along with the ruble sinking, inflation is rising and capital flight has soared to record highs.

The only good news is that the Russian budget is in balance. That only occurred, however, because the government is paying its bills with cheaper rubles. It is never a good sign when the finance minister announces that he needs a backup budget since the proposed 2015-17 budget is already obsolete. (It is based on an oil price of $100 per barrel.)

Though Russia has discussed the merits of diversification beyond oil for decades, it has never bothered to implement the strategy.  Russian domestic producers are thus in no position to take advantage of a falling ruble because, other than natural resources, they have relatively little to sell abroad.

But even if foreign markets remain out of reach, a falling currency theoretically should stimulate domestic production if only because foreign goods inevitably will become too expensive for Russian consumers. Moscow has heralded its food sanctions — which ban the import of European Union and U.S. meat, fruit and vegetables — as just such a chance to force Russians to buy local produce.

Yet Russian businessmen and women have been so over-regulated — and over-prosecuted — that the Russian entrepreneur has become an endangered species.  Indeed, an amnesty last year revealed tens of thousands of business leaders in jail on essentially trumped-up charges. Despite much fanfare, only a relative trickle of people was eventually released.

Because government fiscal policy and a dysfunctional legal system won’t allow small- and medium-sized businesses to lead Russia out of recession, that leaves Russia’s big state corporations — the bedrock of Putin’s policy of state capitalism — to show the way. Thanks to sanctions, however, Russian companies and banks are busy seeking bailouts, not new markets.

Igor Sechin, chairman of the state oil company Rosneft, recently announced, for example, that what is good for Rosneft is good for Russia — and asked for $49 billion from the National Welfare Fund, one of Russia’s major rainy day funds.

Putin’s finance minister has already announced that Rosneft won’t get that much. But the collective demands for hard currency — from the central bank’s interventions to defend the ruble to Putin’s big spending plans for Crimea — are putting strong pressures on Russian financial reserves, which are already down 13 percent this year. Moscow is busy spending money, and no one knows when it will stop.

One last economic option available to most struggling economies — increased foreign direct investment — is largely off the table here thanks to the sanctions and Russia’s inhospitable business climate.

The Kremlin recently announced, however, that it intends to make a bad situation worse. Much of Russia’s foreign investments represent money returning from Russians living abroad. Yet now the finance ministry wants companies registered offshore and owned (50 percent or more) or potentially controlled (25 percent or more) by Russian citizens to pay taxes in Russia.

Why Russian businesses would want to expose their offshore earnings to Russian taxes once they have gone through the trouble of transferring their money out of the country remains a big mystery. Ironically, Putin had intended to use Russia’s chairmanship of the G-8 to lead a global fight against tax havens and offshore banking.  But Russia is no longer a member of the G-8, and Putin must pursue his strategy of “de-offshorization” alone and with little chance of success.

Russia is in desperate need of a rational conversation about its economic challenges. Yet Putin refuses to engage in this dialogue because it obviously would interfere with the triumphant narrative dominating the Russian media. Instead, he is pursuing a policy of cracking down and lashing out. His latest diatribe, delivered at the Valdai Club, showed that he is in no mood to compromise and that he continues to blame the United States  for Russia’s — and all the world’s — problems.

As the Russian economy continues its downward spiral, however, citizens are bound to ask difficult questions of their leaders. The Russian people bring a tradition of stoicism to any emergency, yet the current crisis is not the equivalent of foreign armies at the gates of Leningrad. Nor can it be compared to the long-running ideological struggle of the Cold War. This crisis is instead symbolized by the so-called Rotenberg law — that the Russian people should bail out oligarchs who have their villas seized in Italy.

Putin is playing for time here. There always is the risk that he will pursue additional imperial glory to maintain his popularity. Yet in the words of the economist Herbert Stein, chairman of President Richard M. Nixon’s Council of Economic advisers, “If something cannot go on forever, it will stop.”

Putin is the author of this crisis. And the Russian president will ultimately be required to provide some answers.

This article was originally published on Reuters.

William Pomeranz, the Director of the Wilson Center’s Kennan Institute, is an expert guide to the complexities of political and economic developments in Russia, particularly through the lens of law. He leverages extensive, hands-on experience in international and Russian jurisprudence to address a wide range of legal issues, from the development of Russia’s Constitution to human rights law to foreign investment and sanctions. He is also the author of Law and the Russian State: Russia's Legal Evolution from Peter the Great to Vladimir Putin (Bloomsbury, 2018).