Taxation and Equality in Latin America 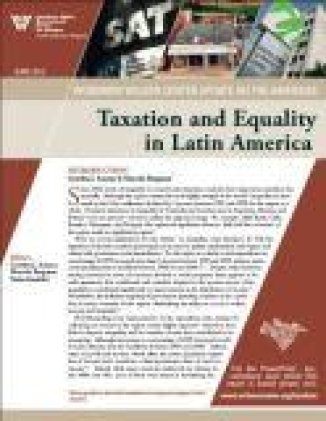 Since 2003, levels of inequality in several Latin American countries have improved, sometimes dramatically.  Explanations for the decline  in inequality include an increase in quality employment and wages and government social expenditures.  However, notwithstanding some improvements on the expenditure side, systems for collecting tax revenue in the region remain highly regressive:  they have done little to improve inequality and in a number of cases have contributed to its worsening.  Although tax revenue as a percentage of GDP increased overall in Latin America and the Caribbean between 2000 and 2008, indirect taxes on goods and services, which affect the entire population regardless of income level, constitute a disproportionate share of total tax income.  High rates of tax evasion magnify the problem;  there is a growing consensus in international development and financial institutions that the region’s historically low levels of taxation on personal income and wealth, along with regressive forms of taxation and spending, impede sustainable reductions in Latin America’s disproportionately high levels of poverty and inequality.

Last year, the Woodrow Wilson International Center for Scholars and the Universidad de San Andrés in Argentina convened a conference featuring leading tax experts from research centers and international financial institutions throughout the Hemisphere.  These sessions served to launch a three-year research project to understand more fully the impact of regressive taxation on poverty, inequality, and social structures in Latin America; to examine the political economy of reform efforts in Latin America aimed at making tax structures more equitable; and, in light of the lessons learned about the failure and success of tax reform, to identify politically-viable alternative proposals that would enhance the redistributive impacts of taxation. The results of the 2011 conference are summarized in this bulletin.