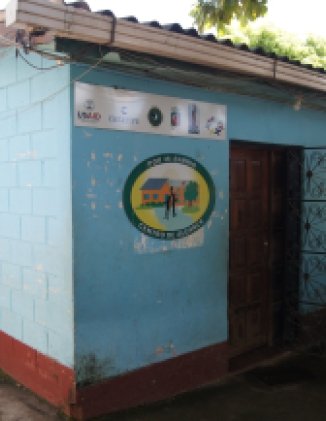 This “working paper” is part of a yearlong Wilson Center study of the Central America Regional Security Initiative that examines U.S. security assistance in the Northern Triangle countries of El Salvador, Guatemala, and Honduras. The full report including chapters on each country, an in-depth analysis of homicide in the region, an overview of U.S. security policy and strategy, and a series of policy options for policy makers to consider will be published Fall 2014. Any comments or questions for the author or the Wilson Center’s Latin American Program, and requests to cite this work, should be directed to eric.olson@wilsoncenter.org.

The  wave of undocumented, unaccompanied minors (and mothers with young children) from Central America crossing the U.S.-Mexico border this past summer has raised serious questions for policymakers about the causes of the influx.  High rates of violence and growing insecurity in Central America’s Northern Triangle—El Salvador, Guatemala, and Honduras, the countries of origin for most of the migrants – have long been identified as a growing concern for U.S. policy and the health of the region’s democracies, as well as a major factor in the latest exodus of Central Americas.   U.S. policy has sought to address these issues in a focused way since 2008 through the Central America Regional Security Initiative (CARSI).

In this context, the Wilson Center’s Latin American Program is pleased to present two new “working papers” that examine the CARSI program in Honduras and Guatemala.  The first, authored by Aaron Korthuis, is entitled “The Central America Regional Security Initiative in Honduras. “  It identifies some of the successes and major challenges for CARSI implementation in that country, including:

• The benefits and limitations of creating specialized vetted law enforcement units that can demonstrate some operational success but can have a negative impact on the institutional reform agenda;
• The major obstacles to reforming police and justice institutions where corruption is elevated, criminal penetration of the institution is significant, and the government is prioritizing other reforms;
• The benefits of prevention programs for at-risk youth in violent communities , along with the serious challenges of sustaining these programs in the absence of Honduran government support and the lack of self-funding mechanisms;
• The general lack of impact assessments for U.S. security assistance programs with the exception of an extensive evaluation of USAID primary prevention programs conducted by Vanderbilt University’s Latin American Public Opinion Program.