Skip to main content
Support
Explore More
Close
Event
Security and Defense
The Transnational Nature of Organized Crime in the Americas
On Tuesday, April 9, 2013 at 8:45 – 1:00 ET
Share on FacebookShare on TwitterShare via Email
Share
Part of the Wilson Center Reports on the Americas
Publication

The Criminal Diaspora: The Spread of Transnational Organized Crime and How to Contain its Expansion (No. 31) 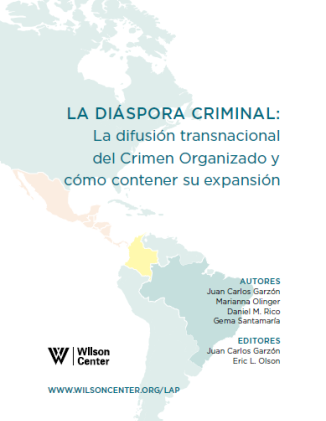 The Criminal Diaspora: The Spread of Transnational Organized Crime and How to Contain its Expansion, examines the multiple factors leading to the international expansion and diffusion of organized crime networks.  Government efforts to dismantle or displace criminal groups have helped push them beyond traditional borders, while new markets and rising demand for illicit products have led criminal groups to expand their networks.

To account for this phenomenon, The Criminal Diaspora moves beyond the analysis of specific countries to examine “criminal clusters,” such as the so-called “Mexican  cartels”—with international linkages between criminal groups operating in the United States, Central America, and the Andes—as  well as Colombian and Brazilian clusters.  Many criminal groups have now established links and operations throughout the hemisphere and beyond, including in Africa and Europe.

New and expanding illicit markets, the fragmentation of criminal organizations, and increased deportations of criminals from the United States to Latin America have contributed to what the authors call a criminal diaspora, the spread of crime and violence throughout the region and beyond.