United We Stand, Divided We Fall:The Sudans After the Split 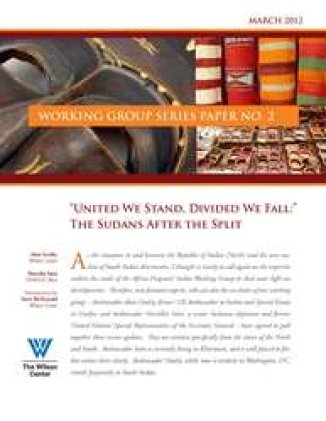 The paper gives a valuable update on current events, including the ongoing conflicts in Abyei, South Kordofan, and the Nuba Mountains, the implementation of the Comprehensive Peace Agreement (CPA), North and South conflicts on oil revenue, and internal political rivalry and governance issues, they also examine the mindsets, beliefs, and biases of the leadership of both sides that have led to the current situation. Unique insights are given into the psyche of both entities, including an examination of the differences between a divided National Congress Party (NCP) in Sudan and the Islamist movements prominent in the “Arab Spring” events over the last year in their Arab neighbors. The international community comes under intense scrutiny for the omissions it committed in not pushing both sides to honor the CPA provision that unity be seen as an attractive option to secession by Southerners and for its own biases in how it dealt with North and South, including its tendency to be proscriptive and not involve Sudanese in the solution to their problems.