Violence and Insecurity in Guerrero

Insecurity and violence associated with organized criminal activity are pervasive in Mexico’s southern state of Guerrero.  The state’s homicide rate is the highest in the country and extortion and kidnapping are commonplace.  For perpetrators, there is near complete impunity.  The state is divided into territories within which either drug trafficking organizations (DTOs) or community policing networks exercise control over local policing functions.  Local, state, or federal authorities occasionally join this competition, but for the most part policing powers are held by others.  In rural areas competition between groups of traffickers over the state’s prodigious narcotics output has created violent no-man’s-lands in buffer zones between territories controlled by rival groups.  In cities violence is mostly a byproduct of efforts to establish and preserve monopolies in extortion, kidnapping, and retail contraband markets.  Despite claims to the contrary by state and federal authorities, there has been no discernible improvement in public security in recent months or years. Restraining the violence in Guerrero will require that state authorities make a systematic effort to address two existing realities that sustain the criminal activities producing violence.  Thus, this paper examines the security situation in the state of Guerrero, including the operation of drug trafficking organizations, and proposes possible solutions to the security crisis. 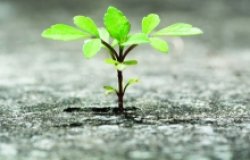 Publication
Conflict Resolution and Peacebuilding
Violence and Citizen Participation in Mexico: From the Polls to the Streets
By Sandra Ley