Violence and Security in Mexico and Implications for the United States: Frequently Asked Questions 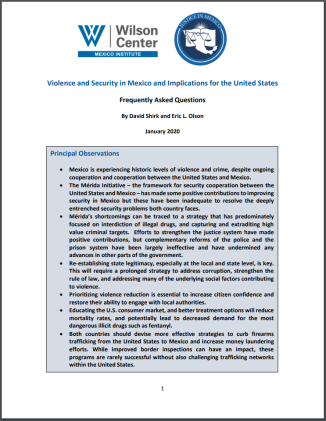 Mexico has experienced elevated levels of violent crime for more than a decade. The national murder rate rose dramatically from 8.1 in 2007 to 22.6 in 2012 (an average more than 55 people per day, or two people every hour). After a brief lull in 2013-14, Mexico has seen a dramatic resurgence of violence, with homicides surging to record levels in 2017, 2018, and 2019. The preliminary figures reported by Mexico’s National Public Security System increased to a record 34,000 victims in 2019, up from the previous peaks of 33,341 victims in 2018 and the 28,734 in 2017. As a result, there has been a substantial increase in Mexico’s homicide rate to more than 30 murders per 100,000 in 2018, with a slightly higher rate expected when final figures for 2019 are reported. A series of particularly violent acts in late-2019—including the massacre of nine dual U.S.-Mexican nationals (three women and six children)—has caused growing concern about the rule of law and security in Mexico. This FAQ document provides brief explanations of these and related trends. 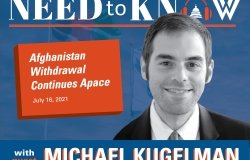 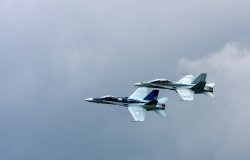