ON THE MAP: This map illustrates the airstrikes in July by location and concentration. 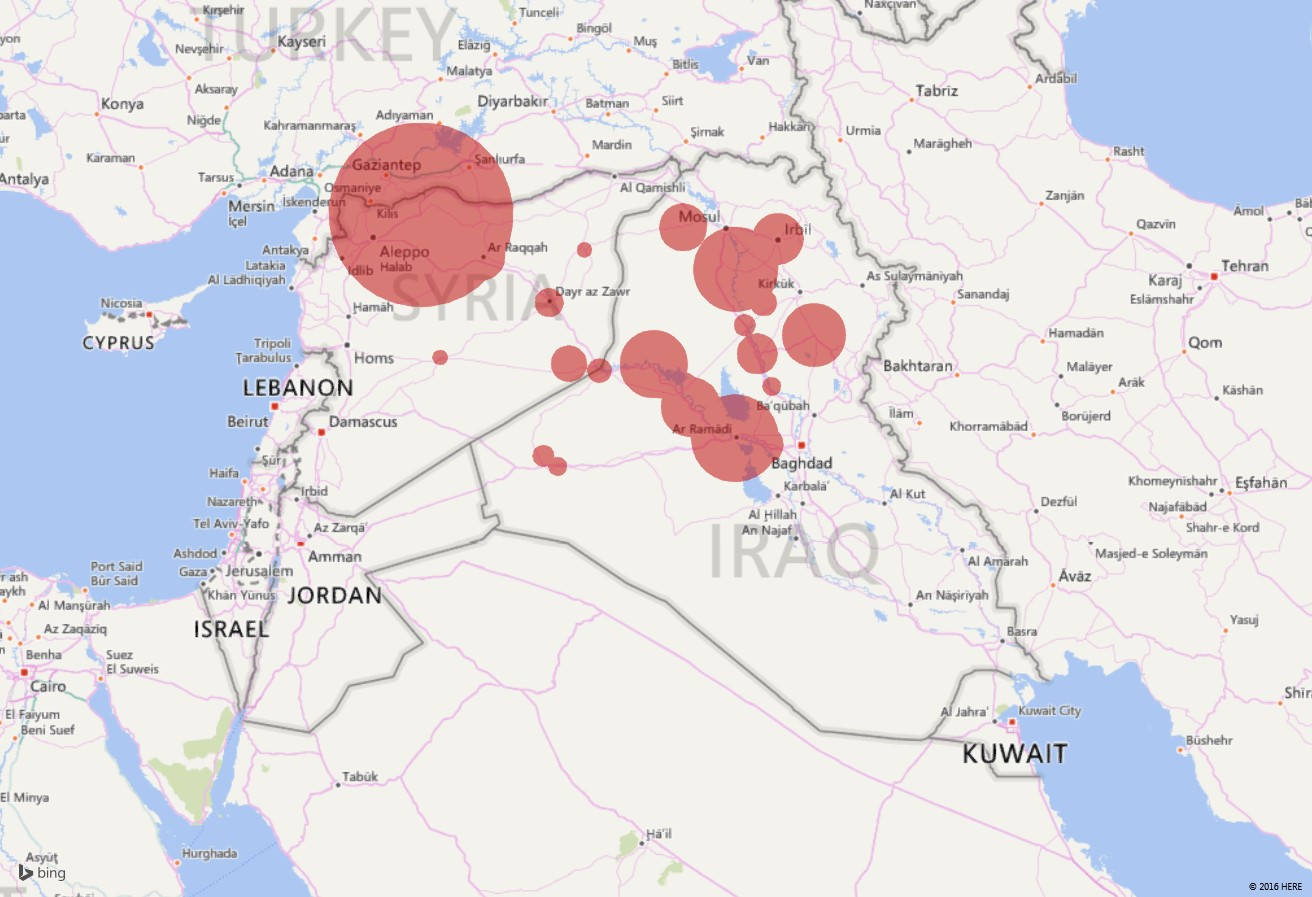 In Iraq, airstrikes primarily targeted Mosul, one of ISIS's key strongholds, and Qayyarah, a strategically located city near Mosul. The U.S.-led coalition conducted 64 airstrikes on Qayyarah and 60 airstrikes on Mosul in July. Secretary of Defense Ashton Carter announced on July 11 that the United States would deploy 560 additional ground troops to Iraq to assist Iraqi forces in retaking Mosul from ISIS. “These additional U.S. forces will bring unique capabilities to the campaign and provide critical enabler support to Iraqi forces at a key moment in the fight,” he said.

In Syria, 282 of the 359 U.S. and coalition airstrikes targeted Manbij, accounting for 79 percent of the airstrikes in July. By the end of July, U.S.-backed forces had seized nearly 70 percent of Manbij. The city is significant because it facilitates ISIS’s flow of foreign fighters and other resources across the border from Turkey.

The following graphics illustrate key data points and trends in the air campaign as of July 2016.

TRENDS IN JULY: The U.S.-led coalition conducted around the same number of airstrikes in Syria compared to the previous month, but thirty percent fewer in Iraq.

TRENDS IN IRAQ: In Iraq, 19 percent of the airstrikes in June targeted Qayyarah, and around 18 percent targeted Mosul. Ramadi – which Iraqi forces liberated from ISIS in December 2015 – was the third most frequent target, accounting for around 12 percent of U.S. and coalition airstrikes in Iraq.

TRENDS IN SYRIA: In Syria, U.S. and coalition airstrikes heavily targeted Manbij, accounting for 282 airstrikes in June, or 79 percent of the total in Syria.

U.S./COALITION AIRSTRIKES: Between August 2014 and July 2016, the United States conducted 77 percent of the airstrikes in Iraq and Syria. Coalition partners conducted the remaining 23 percent.