A Comparative Study of Mexico City and Washington, D.C. 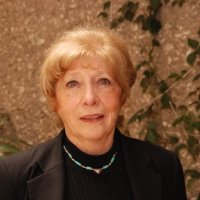 By Martha Schteingart on February 1, 2018

This study is a continuation of research conducted in 1996 and published in the Revista Mexicana de Sociología (Schteingart 1997), highlighting the conception, discussion and perception of poverty in Mexico and the United States and subsequently examining the social policy models in both contexts, including points of convergence and divergence. The 1996 article introduced a comparative study of the cases of Washington, D.C. and Mexico City, especially with regard to the distribution of the poor, the political situation of the cities and certain social programs that were being implemented at the time.

Why was it important to conduct a comparative study of two capital cities and their metropolitan areas, in two countries with different degrees of development and to revisit this comparison, taking into account the recent crises that have affected Mexico and the United States, albeit in different ways? In the first study, we noted that there were very few existing comparisons on this issue, especially between North-South countries, even though these comparisons can provide a different vision of what is happening in each urban society, arriving at conclusions that might not have emerged through the analysis of a single case. Moreover, the two countries have been shaped by significant socio-political and economic relations, within which large-scale migrations and bilateral agreements have played a key role. While the first study emphasized the way poverty is present and perceived by the population, this second article will highlight other aspects of the urban development of these capital cities and their metropolitan areas. We attempt to show the differing rates of urban changes, the suburbanization of poor families, the issue of gentrification and the contrasting role of the federal government in job creation in two capital cities with very different sizes and functions within the urban network of their countries.  These issues emerged as a result of the changes in urbanization processes in Washington (such as the acceleration of the suburbanization of the poor and recent gentrification processes). We also felt it was important to examine how the major financial crisis of 2007-2009 in the United States impacted the economy and society of Washington, D.C. In Mexico, stagnated economic growth has increasingly affected the poor, contributing to the persistence or increase in poverty throughout the country.

This comparative study has been made possible by a sabbatical year, during which I spent several months in Washington, with the intellectual and academic support of the Woodrow Wilson International Center for Scholars. This enabled me to conduct interviews with leading researchers on the urban reality of the United States and of Washington in particular, and with public officials at institutions dedicated to developing social policies in Washington, D.C. and its metropolitan area. The Wilson Center also provided access to current research material that has served as the basis for parts of this article.