Skip to main content
Support
Explore More
Close
Event
Economics and Globalization
Argentina in the World: Changing Patterns of Global Insertion
On June 13, 2016 at 9:00 – 10:30
Share on FacebookShare on TwitterShare via Email
SharePrint
Part of the Trade and Economics in Latin America
Article

A Critical Year for Argentina

In late January, Argentine government officials finally had some encouraging data that a long hoped-for economic rebound might actually be materializing. Figures from the national statistics agency INDEC showed that month-on-month economic activity went up 1.4 percent between October and November, the second straight month of increase. An internal government document leaked to Clarín in January estimated that growth had increased by close to one percent in the last quarter of 2016. While this was a far cry from the optimistic scenario painted by former Finance Minister Alfonso Prat-Gay, who was sacked last December, the numbers are feeding a narrative by the government of President Mauricio Macri that the Argentine economy is on a clear path to recovery. According to Minister of Production Francisco Cabrera, “all the conditions are in place for Argentina to grow between 3.5 and five percent” in 2017.

Read the full article, reprinted with permission from Latin Trade. 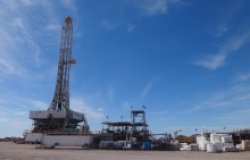 Publication
Rule of Law
Argentina's Oil and Gas Sector: Coordinated Federalism and The Rule of Law