Skip to main content
Support
Show
Live Now
Postponed in Observation of Juneteenth | Disease-Related Stigmas, Their Origins, Their Persistence, and Have We Learned Anything to Stop Them? A Comparative Look at HIV/AIDS and COVID-19
Explore More
Close
Video
U.S. Foreign Policy
U.S.-China Relations Temperature Check
25:59
Share on FacebookShare on TwitterShare via Email
SharePrint
Part of the Viewpoints Series
Article

For the Future of Afghanistan the U.S. Should Study the Lessons of Soviet Withdrawal 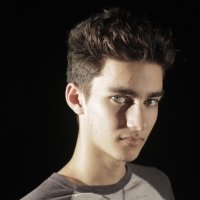 President Biden recently announced a plan to withdraw all US troops in Afghanistan by September 11, 2021, bringing an end to America’s longest war in the midst of faltering peace negotiations between President Ashraf Ghani’s government and the Taliban. The decision has been controversial, with some skeptics alleging that a precise timetable for withdrawal without a substantive intra-Afghan peace deal will allow the Taliban to renew military aggression against the Ghani regime and eventually reclaim the entire country. Predicting the future of Afghanistan is a difficult task, however. One useful model to predict what might happen is the Soviet Union’s military withdrawal in 1989 after its disastrous 11-year occupation.

Biden’s proposed plan bears several strong similarities to the Soviet withdrawal. Both plans created a hard timeline for withdrawal without preconditions, and both were motivated by years of stagnant military progress and growing domestic dissent over the intervention. Both the Soviets and US aimed to maintain a stable and friendly regime in Afghanistan after their troop withdrawals, even as Islamist opponents and insurgents controlled substantial amounts of the territory (the Taliban is currently estimated to control around 50 percent of Afghanistan, while mujahideen controlled the vast majority of territory during Soviet withdrawal). Furthermore, like Biden’s intention to continue substantial aid to the Afghan government, the USSR sought to maintain extensive military and economic aid to the Republic of Afghanistan in lieu of a military presence.

It was only after the dissolution of the Soviet Union and the subsequent suspension of all aid to Afghanistan that the Najibullah regime began to encounter serious military setbacks and disintegrate.

However, while some believe the Soviet withdrawal plan failed to sufficiently stabilize the Afghan government, the years immediately following saw President Mohammad Najibullah’s government continue to maintain a roughly similar degree of power. It was only after the dissolution of the Soviet Union and the subsequent suspension of all aid to Afghanistan that the Najibullah regime began to encounter serious military setbacks and disintegrate. This suggests that, irrespective of a military withdrawal, a continued medium or long-term commitment to Afghan aid is crucial to ensuring the country’s stability.

Another critical difference between Soviet and anticipated American withdrawals concerns international support for Afghan insurgents. Even after the Soviet withdrawal was completed, the US and Pakistan continued to funnel arms and resources to mujahideen groups that intended to overthrow Najibullah’s government. This stands in contrast to the Taliban, who continue to receive sanctuary and discreet support from Pakistan but otherwise lack any substantial international backing. All other significant regional powers, such as China, Russia, Iran, and India, universally oppose an Islamic Emirate of Afghanistan and stand to gain from a more stable, neighborly state. Thus, especially if Pakistan becomes genuinely engaged in a regional approach to de-escalation, it’s possible that the Taliban will as much capacity to pressure the Afghan government that the mujahideen possessed after 1989.

Thus, examining the Soviet withdrawal reveals some trajectories for the future of the current Afghan government after the American withdrawal.

Thus, examining the Soviet withdrawal reveals some trajectories for the future of the current Afghan government after the American withdrawal. Should sustained military and economic aid continue, it is possible that the Ghani regime will continue to maintain some degree of stability despite Taliban control of a significant portion of Afghan territory. However, the Taliban will likely continue to keep close ties with Al-Qaeda and other foreign terrorist organizations according to the Afghanistan Study Group at the US Institute of Peace, raising the risk for attacks on the U.S. homeland in the next 18-36 months. Depriving the Taliban of international support, particularly from Pakistan, is a critical component of inhibiting their ability to plan attacks; thus, a regional consensus on the path forward would be a huge step towards stability. This will be no easy task, however: Pakistan was a primary signatory of the 1988 Geneva Accords that established Soviet withdrawal from Afghanistan and a policy of non-interference, yet it nonetheless continued to be a decisive factor in the Taliban’s rise to power.

Additionally, the Afghan government and security forces continue to be riddled with corruption and inefficiency, and the Ghani regime’s inability to control more than half the country’s territory bodes poorly for Afghanistan’s future. Absent a substantive intra-Afghan peace deal, the most likely outcome seems to be a continued stalemate between a besieged Afghan government and a Taliban insurgency that will preserve its dominion over major areas of the country.

It is possible, though unlikely, that this stalemate might broaden the window for intra-Afghan peace.

It is possible, though unlikely, that this stalemate might broaden the window for intra-Afghan peace. A recent survey of the Afghan people found that 44 percent of Afghan citizens believe peace is achievable within the next two years. The majority of citizens would accept some Taliban role in government after a peace deal, and a similar majority agrees that foreign troops are unnecessary for a peace deal. Regardless, both parties continue to make maximalist demands and overstate their legitimacy, rendering a substantive peace deal unlikely in the near future.

Ultimately, the Biden administration must determine whether the presence of American troops will have any meaningful impact on this stalemate and secondly, whether keeping the Ghani regime afloat is worth long-term, continued investment in Afghanistan. 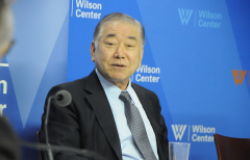