Mexico and the U.S. Agree on a Vision for Fighting Drugs 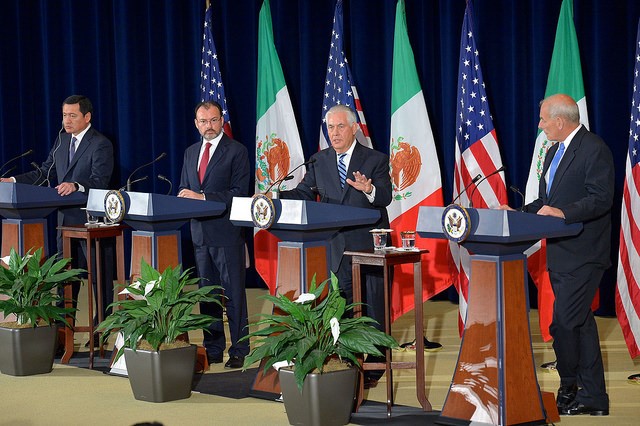 Secretary Tillerson Addresses Reporters at a Press Conference With Secretary Kelly and Their Mexican Counterparts in Washington. U.S. Department of State

Mexico and the United States appear to have reached broad agreement on a framework for fighting the organized criminal groups that are responsible for much of the drug trade in the two countries. May 18 meetings between the lead ministers for each government seem to have yielded consensus to take a “fresh” approach to a set of challenges that have vexed both neighbors for decades. The U.S. is facing an epidemic of opioid overdose deaths fueled increasingly by drugs smuggled from Mexico, and Mexico is facing a new surge in violent homicides fueled by criminal groups, many involved in drug smuggling to the U.S.  The task ahead is to turn this broad agreement among government ministers into a coherent set of policies and protocols that—if implemented well—will produce improved results against the drug cartels, their production, distribution, financing and arms networks, and the violence which they generate (especially in Mexico), along with improved programs aimed at addressing U.S. demand for drugs. These are big tasks, but the agreement on the analysis of the problem and on a vision for cooperation between the foreign and homeland security cabinet members from both countries is an encouraging step ahead for these two key North American neighbors.

After meeting on the morning of May 18 in Washington, D.C., U.S. Secretary of State Rex Tillerson, U.S. Secretary of Homeland Security John Kelly, Mexican Foreign Secretary Luis Videgaray and Mexican Secretary of Government Miguel Ángel Osorio Chong highlighted a number of important areas of agreement between the governments of Mexico and the United States related to the fight against illegal drugs: 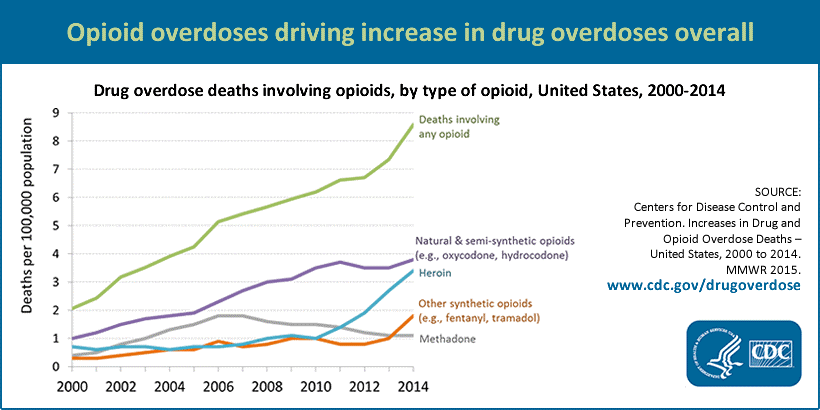 Secretary Tillerson acknowledged that the Mexican and U.S. teams had “very open, very frank and very candid conversations” about past obstacles and expressed “a very strong commitment” to overcoming them.  Clearly, the pathway ahead will be long and difficult. The governments face agile, innovative, brutal and well-resourced opponents in these criminal groups who have spent decades outsmarting, corrupting and killing law enforcement and judicial officials, as well as others, who get in their way.

The U.S. and Mexican teams will need to build between them the additional trust and teamwork required to reach a new level of bilateral cooperation and effectiveness.  But, a cooperative spirit and shared vision were on display after last week’s talks.  Mexican Foreign Minister Videgaray talked about overcoming “the blame game and the finger-pointing,” and Homeland Security Secretary Kelly highlighted that the two sides would continue to attack the cartels and to deepen and broaden the effort, “with some very, very innovative new ideas”. And, importantly, they put these talks in the wider context of relations between the two neighbors.  As Secretary of State Tillerson said, the ministers’ remarks demonstrated that “there are a broad range of issues of great importance and common concern between the United States and Mexico” -- a good message for the journey ahead. 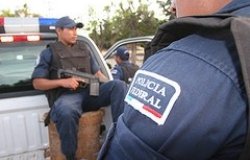