Skip to main content
Support
Explore More
Close
Publication
Coronavirus
Africa: Year in Review 2020
Share on FacebookShare on TwitterShare via Email
SharePrint
Part of the What Does the World Expect of President Biden: Africa
Article

President-elect Biden and Africa: Perspectives from the Next Generation

Monde: The Africa Program works to address the most critical issues facing Africa and U.S.-Africa relations, build mutually beneficial U.S.–Africa relations, and enhance knowledge and understanding about Africa in the United States. In doing so, I am privileged to work with a diverse team comprising the next generation of Africanists – an Alaska-born and raised American, a Somali-American, a Zimbabwean, and a Wisconsin-born American with Peace Corps experience in Madagascar. Their backgrounds and diversity of experiences bring a richness (and robust discussion) to the Africa Program. I asked them for their perspectives on what the incoming Biden administration could mean for Africa.

1. What does Africa expect from a Biden administration?

Hannah: Although President-elect Biden’s victory was met with a sense of relief from many, expectations from African governments and citizens vary across the continent. For many, the expectation is for a departure from the tumultuous four years of the Trump presidency, a return to a steadier U.S. foreign policy, and the reestablishment of the United States’ global standing. For African countries that have borne four years of overall disregard or contempt from President Trump—from disparaging remarks to visa bans to rebuffing senior African Union leadership—there is hope for the renewal of diplomatic ties based on mutual respect.  Others may expect Biden’s administration to support more progressive stances abroad, such as support for LGBTQ+ rights or repealing the Mexico City policy. African leaders who have benefitted from the diminution of U.S. support for democracy and governance, likely expect more scrutiny from the U.S. going forward.

Ian: Many Africans feel that the U.S. should refocus its engagement with the continent away from aid and towards partnerships among equals for mutual benefit. While the Trump administration focused on expanding trade, in practice its rejection of multilateralism and tendency to view Africa as just a secondary battleground in a U.S.-China cold war underlined the limited importance of Africa in many U.S. policy circles. While it is impossible to identify a unifying expectation from across Africa, there is a desire for a return to more “normal” and respectful diplomatic relations. There is hope that Africa will feature more prominently in the Biden administration’s foreign policy priorities. Many Africans expect that the Biden administration will return the U.S. to a leading role in the promotion of democracy and good governance. There is also hope for a U.S.-Africa policy that continues to focus more on improving trade and economic relations—especially through multilateral mechanisms.

Gamuchirai: The election of President-elect Biden has sparked an overall positive response from Africans. Africa expects a return to the diplomacy and multilateral cooperation that existed prior to President Trump’s administration in 2016. Many Africans also expect a Biden administration to address and acknowledge the decline of the democratic process in Africa especially during COVID-19 as the U.S.’s voice diminished on the continent on this topic during the Trump presidency. Furthermore, there is an expectation for better immigration and travel ban policies towards African countries compared to the previous administration. Some of the affected countries include Nigeria, Eritrea, Sudan, Tanzania and the Democratic Republic of the Congo.

Shahrazad: The incoming Biden administration presents a unique opportunity for both U.S.-Africa relations and global diplomacy at large. Africans on the continent and global citizens alike expect and hope for a normalization of international engagement, one that is mutually beneficial, and not solely driven by great-power competition.

2. In your view, what are the biggest priorities, challenges and opportunities for the Biden administration in Africa?

Ian: The Biden administration should focus on rebuilding trust and confidence in U.S.-Africa relations, addressing the health and economic impacts of the COVID-19 pandemic, and returning to the U.S.’s pivotal role in supporting democracy in Africa amid widespread democratic backsliding. Helping Africa recover economically from the COVID-19 recession will be a major challenge. A sustained recession and potential debt crises in several African countries has the potential to undo years of development progress. Inversely, the pandemic has also created many opportunities to move away from old models of economic engagement with Africa and focus on new, more promising sectors—most notably tech.

Shahrazad:  President-elect Biden enters office at a critical juncture in time; the administration is tasked with remedying relations with African countries and the diaspora and re-positioning the U.S. as a key and vital partner. Both of which are necessary for re-energizing relations in the political and economic spheres. While this is a key priority and a challenge for the administration, there is also an opportunity to re-examine and interrogate U.S.-Africa relations, in order to restructure U.S. engagement beyond the historical and traditional lens through which the U.S. has viewed Africa. Rebuilding U.S. credibility is key to the country’s global standing, especially as it relates to systemic racism and security sector reform for policing institutions. The U.S. must take strides to reconcile its history and address key issues affecting the Black community before it can serve as a moral authority abroad.

Hannah: The Biden administration's Africa priorities should center on restoring relationships and developing a strategy toward Africa that articulates a theory of success and reflects the current realities of the continent. The administration should target efforts to support COVID-19 relief and long-term recovery—from vaccine distribution and healthcare infrastructure, to debt relief and economic recovery. Other priorities include rethinking the current U.S. engagement in, and approach to, peace and security in Africa; shoring up democratic institutions and good governance—including supporting pro-democracy leaders and citizens; upping U.S. economic engagement with Africa to take advantage of the economic opportunities available and build stronger U.S.-Africa ties; and building upon programs and policies such as PEPFAR, the Young African Leaders Initiative (YALI), and Prosper Africa.  Playing catch-up from years of the U.S. falling behind in its engagement with Africa as well as the consuming needs of tackling COVID-19 will be a key challenge for the administration. The administration’s greatest opportunity lies in approaching African countries on their own merits, with a view to the challenges and opportunities therein, rather than as policy footnote or part of a power struggle with other countries.

Gamuchirai: I think the biggest priority for a Biden administration will be expanding economic engagement through trade and investment. There are already programs in place for this such as Prosper Africa, which started under the Trump administration, and they will most likely work on expanding this. A second possible priority might be to reestablish more robust security collaboration to counter violent extremism especially in the Sahel, West Africa, and northern Mozambique. Since 2016, we have seen a reduction in U.S. security personnel in Africa. A third priority would be to strengthen multilateral cooperation and renew diplomatic ties. The biggest challenge for the Biden administration will be trying to reform policy on Africa with the COVID-19 pandemic at the forefront of the global stage. Africa might not be a priority in the first year with the domestic issues the U.S. faces particularly with COVID-19. The biggest opportunity for the Biden administration is the chance to engage and collaborate with a continent that is experiencing ongoing transformation in the digital and economic spaces, healthcare systems, youth leadership, and security front. African countries have the potential to be key international partners to the U.S.

Shahrazad: For far too long, the continent and its inhabitants have been viewed through a colonial and racial lens. Age-old tropes continue to frame Africa as a continent of poverty, violence, and maladministration. The “Africa rising” narrative that all so often invaded international discussions, further reinforced and perpetuated negative stereotypes and perceptions regarding the continent and Africans. This is farther from the truth; African countries are key partners in diplomacy, economic affairs, and global security, and have been historically from the pre-colonial to post-independence eras. With six out of the ten fastest-growing economies in Africa, a large youth population representing 60 percent of the continent’s population, and increased digitization, the continent offers many opportunities for economic engagement and trade. Africa has also bred a global diaspora with a deep history and ties to the Americas. Synergies across cultural, religious, and social cleavages connect the Black diaspora. 2019 was the “Year of Return," African countries and U.S. citizens should continue to build on these efforts and seek opportunities for political, economic, and social collaboration.

Gamuchirai: There are several reasons why Americans should care.  Africa is a continent in transformation and the U.S. stands to gain key international partners for the future. I think the most important reason Americans should care more about Africa is because of the recent social movements and protests such as/especially Black Lives Matter. If Americans are to care more about people of African descent living in the United States, they have to prioritize issues that matter to them which include immigration and U.S. policy toward Africa. The Biden administration will have to address the domestic governance and systemic issues it faces at home in order to regain credibility in Africa.

Ian: To many Americans, Africa remains defined by poverty, war, and corruption. While it is impossible to ignore the challenges Africa faces, the continent is a far more diverse and dynamic place than many Americans realize. Other countries do not suffer the same illusions, and they are actively working to strengthen their engagements with and investments in Africa. Allowing inaccurate tropes to define our relations with Africa is limiting U.S. efforts to build stronger partnerships on the continent. As the world emerges from the pandemic and global geopolitical and economic systems experience their greatest readjustment since the end of the Cold War, now is the time for the U.S. to move past 20th century dynamics and build a new relationship with Africa. A failure to do so will ensure the continued diminution of U.S. standing among Africans and limit Africa’s options as it moves forward. 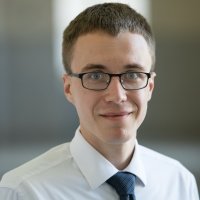 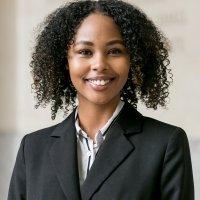 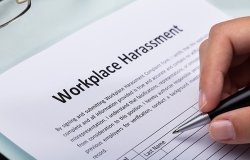 External link
Gender-based Violence
A Safe Space in the Workplace: Ending Violence Against Women and Girls