For this World Cities Day, the UN’s theme calls for “building sustainable and resilient cities.” Cities across the Global South are assessing their physical preparedness against future shocks. Can cities that leave out—or often push out—poor workers claim resiliency? These moves are, in fact, weakening any preparedness. The foundations of truly sustainable and resilient cities lie in their residents’ abilities and agency.

Take Luk, a single mother, who sold soy milk on the streets of Bangkok for two decades. With what she earned, she was able to support both herself and her son, and even put some away for his education.

Kek, a widower, has worked for decades selling clothes in Bangkok’s bustling Ramkhamhaeng night market. “My son grew up on the footpath. You see how the footpath creates human resources,” he said with pride after his son was accepted by a local university to study engineering.

But in 2016, their lives changed when the Bangkok Metropolitan Authority evicted them from their vending location. Using the language of order, hygiene, and safety, the municipal authority criminalized a 200-year-old, billion-dollar industry, plunging many like Luk and Kek into poverty.

Bangkok’s street vendor evictions have eroded the resilience of informal workers, according to a recent Women in Informal Employment Globalizing and Organizing (WIEGO) and HomeNet Thailand study. Overnight, many vendors lost their homes and belongings and their ability to support their children and aging parents. Without assets to build their livelihoods and lacking opportunities in the formal economy, households were left with no footing to clamber out of debt and destitution.

Luk and Kek’s stories are not unique. In some of the fastest-growing cities across the world, where the majority eke out a living from the informal economy, the very survival of cities is under threat. Governments, wittingly or unwittingly, are eroding the lifeblood of urban communities and their ability to bounce back from shocks. In a number of cities in the Global South, evictions and clampdowns on informal trading suggest that cities often see informal traders as illegal and a challenge to law and order.

Informal workers, however, are the key to resilient cities and urban economies. By providing transportation, affordable food products, and other services to the urban poor, informal workers provide many of the products and services that governments and formal enterprises are not able to in many cities of the Global South.

Research on climate change and resilience has shown that impoverished households are caught in a vicious vulnerability cycle.

They do not have the capital to protect themselves from external shocks, and when the shocks come, they set households back so significantly that they are unable to recover, making them even less resilient than before. By failing to put urban exclusion and poverty at the center of resilience debates, policymakers lose the opportunity to address one of the cornerstones of urban resilience: the people who make up the majority of the city’s workforce.

Informality is not just a developing country phenomenon. With the changing nature of work across the globe, the ILO estimates that 17 percent of workers in the wealthy West earn a living informally. Despite this, the hostility towards informal workers remains ingrained in the very language of policy and development. The city of Johannesburg’s “Operation Clean Sweep,” for example, removed all informal traders from the center of the city and was based on the desire to remove “crime and grime.”

Although relationships that reflect mutual recognition and respect between business and local authorities are the key to local economic development, they may be all too rare. In 2012 WIEGO conducted a study, the Informal Economy Monitoring Study (IEMS) of informal workers in 10 cities (Accra, Ahmedabad, Bangkok, Belo Horizonte, Bogota, Durban, Lahore, Lima, Nakuru and Pune) across the Global South. Two-thirds of our respondents reported that local authorities were “unhelpful” and about half reported police harassment which significantly reduced their productivity.

In addition, 60 percent of street vendors and waste pickers from the study said that lack of access to infrastructure, such as electricity, storage, water, and sanitation—important factors in the growth of firms—presented significant obstacles to their productivity.

For cities to be resilient, policymakers need to ensure that those working in the informal economy are, in the words of the New Urban Agenda, not “left behind.” What would this take?

For all the focus on urban resilience, cities cannot go it alone. Urban programs to reduce urban pollution, improve waste disposal, and build climate-ready infrastructure are a finger in the dike, but addressing climate change is a team effort requiring national governments’ regulatory might and resources and global commitments.

As the level of government closest to the people, urban governments are well placed to invest in and strengthen their responsiveness to all residents, including the most vulnerable. And cities can take the foundational step of creating economic and social resiliency so urban communities are more networked, prepared, and ready to stand strong—or at least to bounce back quickly—in the face of disaster. Policymakers must recognize that the informal economy is part of the resilience plan. Countering the politics of exclusion means shifting the metrics of development and investing in models of resilience and sustainability that include the urban poor.

This need not be a one-sided relationship. Cities can provide the resources and environments needed to optimize worker productivity and ensure that urban regulations, by-laws and permit or fee systems are transparent and evenly enforced.

Addressing the politics of division and exclusion means civil society must call into account urban governments that have been responsible for fostering inequality and vulnerability through governance and investment frameworks. Advocates who want to build more inclusive cities must recognize that decentralization and “good” governance does not always guarantee that the needs of the working poor are met. It’s our responsibility to seek solidarity across class, ethnicity, nationality, and political affiliation around issues that matter in cities, including safety, transportation, and the health and well-being of our children.

Empowering cities to reduce greenhouse gases and carbon emissions and building infrastructure that withstands floods or earthquakes will mitigate the risks of climate change. But focusing only on improved infrastructure and new technologies fails to address the fundamental problem: the politics of urban exclusion, often embedded in the seemingly progressive language of development.

For Luk, Kek and other hard-working families attempting to build their safety nets and provide services to their communities, more needs to be done to recognize them as part of the solution to resilience rather than weakening their already precarious positions.

Resilient cities must explicitly address urban exclusion, and perhaps by adjusting our development lenses and actually focusing on the massive human resource asset already there, we may recognize that the solution has been “hiding” in plain sight.

Caroline Wanjiku Kihato is the director of Urban Policies Program at Women in Informal Employment Globalizing and Organizing (WIEGO) and a Global Fellow with the Wilson Center’s Global Risk and Resilience Program.

Mike Rogan is research associate in the Urban Policies Program at Women in Informal Employment Globalizing and Organizing and an associate professor in the Neil Aggett Labour Studies Unit at Rhodes University, South Africa.

The original version of this article was posted on New Security Beat. See: https://www.wilsoncenter.org/article/cities-the-new-battlefield-for-sustainable-development-women-and-girls-need-help 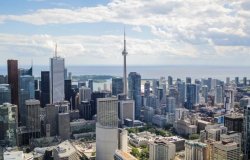